The Cayman Turtle Centre is the last sea turtle farm on earth known to breed sea turtles for tourist selfies and human consumption. But there is no humane way to farm sea turtles.

Sea turtles are solitary, migratory creatures, born to swim long distances in clear waters. They are wild animals. So imagine the cruelty of trapping one in a small shallow tank. Now imagine hundreds, thousands. Packed together, around 5,000 turtles at the Cayman Turtle Centre spend their whole lives fighting for space in cramped tanks. They get sick and stressed. They turn on each other–biting and maiming one another.

Tourists visiting the farm are encouraged to handle the turtles, not realizing that this causes the turtles mental torment. Tourists are targeted again when these same turtles are slaughtered and served as steaks and burgers in nearby restaurants.

Our solution is for the farm to be turned into a sea turtle rehabilitation and education facility like the Kélonia Observatory for Marine Turtles on the island of Réunion which is not reliant on intensive farming.

Kélonia has become a world-respected research sea turtle conservation and education facility and a popular eco-tourist destination. Its success shows that it is possible for the Cayman Turtle Centre to shift away from turtle farming and towards a more humane, sustainable, and profitable alternative.

The transformation from turtle farm to rehabilitation and release center has happened before. It can happen again.

We are urging Carnival Cruise Lines, one of the world’s largest cruise line companies, to put the welfare of endangered sea turtles ahead of profit and stop sending unwitting tourists to this cruel attraction.

We are highlighting that animals used in tourist photos suffer a lifetime of cruelty and abuse.

Carnival Cruise Lines ships tens of thousands of tourists to Cayman Turtle Centre each year, where sea turtles are abused for entertainment and farmed for meat. Help protect turtles now.

Crushed together in shallow tanks, the naturally solitary sea turtles are so stressed they can turn on each other, biting and maiming. The conditions are a far cry from the natural environment in which sea turtles normally live.

Tourists visiting via Carnival Cruise Lines for the opportunity to take a ‘turtle selfie’ are usually unaware of the abuse and suffering turtles experience when they are being handled. Sea turtles are not photo props and should not end up on a tourist plate, slaughtered and sold as steaks or burgers. 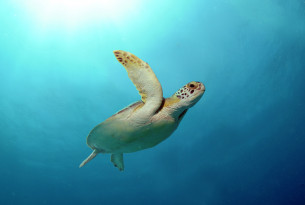 An in-depth look at concerns resulting from commercial production of green sea turtles. (note: We were WSPA. We are now World Animal Protection) 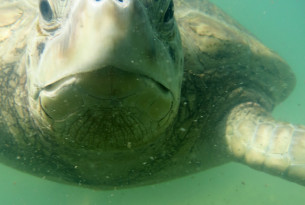 An updated version of the research previously published on the commercial production of green sea turtles. 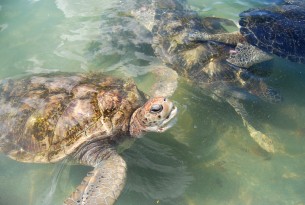 Watch our videos to learn why the Cayman Turtle Centre must change.