Reflecting on an Action-Packed 2022

Learn what World Animal Protection has accomplished for animals in 2022.

We are so incredibly grateful to all of our supporters for the actions you take to protect and care for animals each and every day.

‘Tis the season, not just of joy and giving and resolutions for the new year, but also of thinking back on the year that’s ending. As the Director of Programs at World Animal Protection US, I am grateful for the incredible team who run our campaigns and all that they accomplished for animals this year. Here’s just a few of my favorite things from 2022.

Going all in on Groupon

We kicked off several new campaigns in 2022, including demanding that Groupon, the discount travel and experience site, set a public animal welfare policy that prohibits featuring deals to captive wildlife venues. From the official launch in March to today, we’ve ramped up the pressure on the company’s devastating deals with:

Plant-based for the people

What’s better than delicious plant-based chicken and bacon sandwiches? FREE plant-based chicken and bacon sandwiches. We brought our plant-based food truck to the nation’s capital to introduce people in DC to how plant-based meats are a mouth-watering way to protect animals and the climate. Free food samples are just one way to “meat” people halfway so we can all #eatlessmeat for a better world. We also continued to push direct actions and released a scorecard report pressuring restaurant chains to embrace plant-based proteins, and I’m excited that IHOP and Jack-in-the-Box announced trials of plant-based menu items this year.

What we eat is causing this heat

We launched several new and innovative initiatives bringing attention to the negative climate impacts of factory-farmed meat and the need to end factory farming to protect our planet. A pivotal United Nations report earlier this year stated clearly that emissions could be significantly reduced by switching to more plant-forward diets. World Animal Protection’s own novel research documented that each average American’s consumption of chicken and pork, alone, is equivalent to cutting down nine trees! With this in mind (and the fate of our planet at stake), we made our voice heard during Climate Week New York City in September. We plastered posters all over Manhattan and projected images in iconic neighborhoods inviting passersby to learn more about how factory farming is a leading culprit in both climate change and cruelty.

PetSmart, Petco, and many governments have recognized that selling dogs and cats in pet stores fuels a horrible industry that puts countless animals in dire need of rescue. Adopting a furry feline or cute canine in need is encouraged to avoid supporting cruel “puppy mills.” But millions of other animals, like birds, reptiles, amphibians, and small mammals, continue to endure the torment of breeding mills to end up on store shelves near chew toys, treats, and food bowls. We continue to fight for these animals to demonstrate that they are not commodities and pressure retailers to end animal sales. In October, for National Reptile Awareness Day, over 175 of our supporters delivered materials to more than 300 PetSmart locations urging local employees to advocate for animals internally. Hundreds more took digital actions to add to the resounding call for change. No animal should be an exception to “adopt, don’t shop.”

So much work, it’s hard to believe it all happened in a single year. And, I’d be remiss if this recap omitted the recent incredible news that the Big Cat Public Safety Act, which more than 26,000 of our supporters helped advocate for, passed Congress in early December! It is a big deal for big cats!

We are so incredibly grateful to all of our supporters for the actions you take to protect and care for animals each and every day. We have lots of exciting opportunities to get involved and move the world planned for 2023, so please stay tuned. 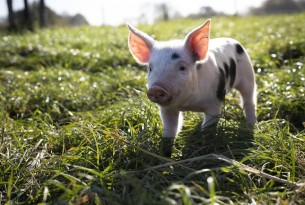 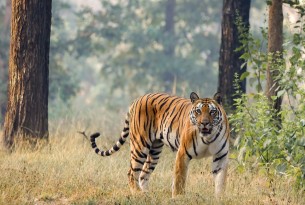