Our food system threatens animals in ways you may not know.

Factory farming not only subjects farmed animals to needless suffering and cruelty, but it is also one of the greatest threats to wild animals.

The majority of cropland in the US is used for livestock crop production, which not only is a massive number of resources being misdirected to grow crops that could be used for human consumption, but also puts countless animals in harm’s way. In order to keep up with the growth in factory farming of animals, commercial feed production has taken a significant toll on our environment, depleting the land and resources that are vital for humans and wild animals alike.

Factory farming not only subjects farmed animals to needless suffering and cruelty, but it is also one of the greatest threats to wild animals. These five species are just a few examples of the thousands that are threatened by producing feed for factory farms.

The production of corn and soy globally accounts for roughly 49% of all sales of highly hazardous pesticides. The widespread use of toxic pesticides as part of the global factory farming model is responsible for major losses in biodiversity and devastating our precious ecosystems. Monarch butterflies are now heading towards extinction, and largely as a result of glyphosate use. Glyphosate is one of the most widely used pesticides in the US farming industry, commonly applied on corn and soy grown for animal feed. Because glyphosate is used in such massive quantities throughout the US, it has killed many of the plants the monarchs need to survive. In particular, glyphosate is a potent killer of milkweed, the sole host plant for monarch caterpillars.

The use of another type of pesticides, neonicotinoids (or neonics), in the production of animal feed threatens a large number of already imperiled pollinators, like the Rusty Patched Bumble Bee. Bumble bees ensure the survival of many plant species that they help pollinate, but their populations have steadily declined over the past two decades due to the use of pesticides. They absorb neonics directly through their exoskeleton as well as through contaminated nectar and pollen. As ground-nesting bees, rusty-patched bumble bees are particularly susceptible to pesticides like neonicotinoids that are highly persistent in the soil.

The whooping crane is an iconic bird of North America and is similarly threatened by pesticides in US animal feed production. Their wetland habitats are vulnerable to agricultural contamination of waterways from different toxic chemical runoff. It is common practice to apply several pesticides to the same crops or cropland, compounding the threats to vulnerable species from intensive animal feed production.

In the Amazon rainforest, large scale forest fires have been plaguing many species, even driving some to extinction. Some of the world’s largest producers of soy for animal feed operate in Brazil and have been implicated in ongoing deforestation. Fires are often used to clear new land for soy crops, but climate events have exacerbated the fires and put species like White-cheeked spider monkeys at risk. This animal was placed on the list of endangered species in 2008, after it was found that over 50% of the population had been lost due to destruction of their native habitats and access to food sources.

Intensive corn and soy production in the US is reliant on many synthetic chemicals such as pesticides and fertilizers. These chemicals stay in the soil after being applied, and when it rains, the runoff from these fields leaches into the waterways. This is done on such a massive scale, that the runoff has created dead zones in the Gulf of Mexico where no species are able to survive. The spotted sea trout, along with many other aquatic species has seen a rapid decline in population as a result of this chemical leaching. Their habitats are threatened, and the ecosystem is impacted due to the production of animal feed.

How Can You Help?

By reducing the role of meat and dairy in our diets, we can curb the growth of factory farming and reduce our collective and individual impact on the survival of wild animals and precious ecosystems. Sign up for World Animal Protection’s Meating Halfway, a 21-day journey to reduce your meat consumption. You will get the support you need to eat less meat and improve the lives of animals! 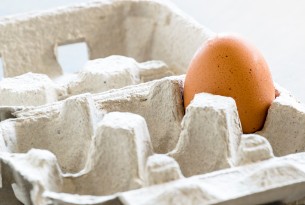 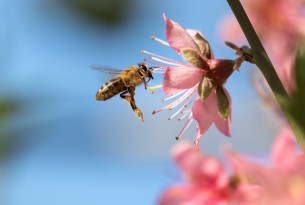