We work to stop bears being cruelly exploited for tourist entertainment. In bear dancing, bears are often poached from the wild, sold on the black market and forced to 'perform' on the streets for money. 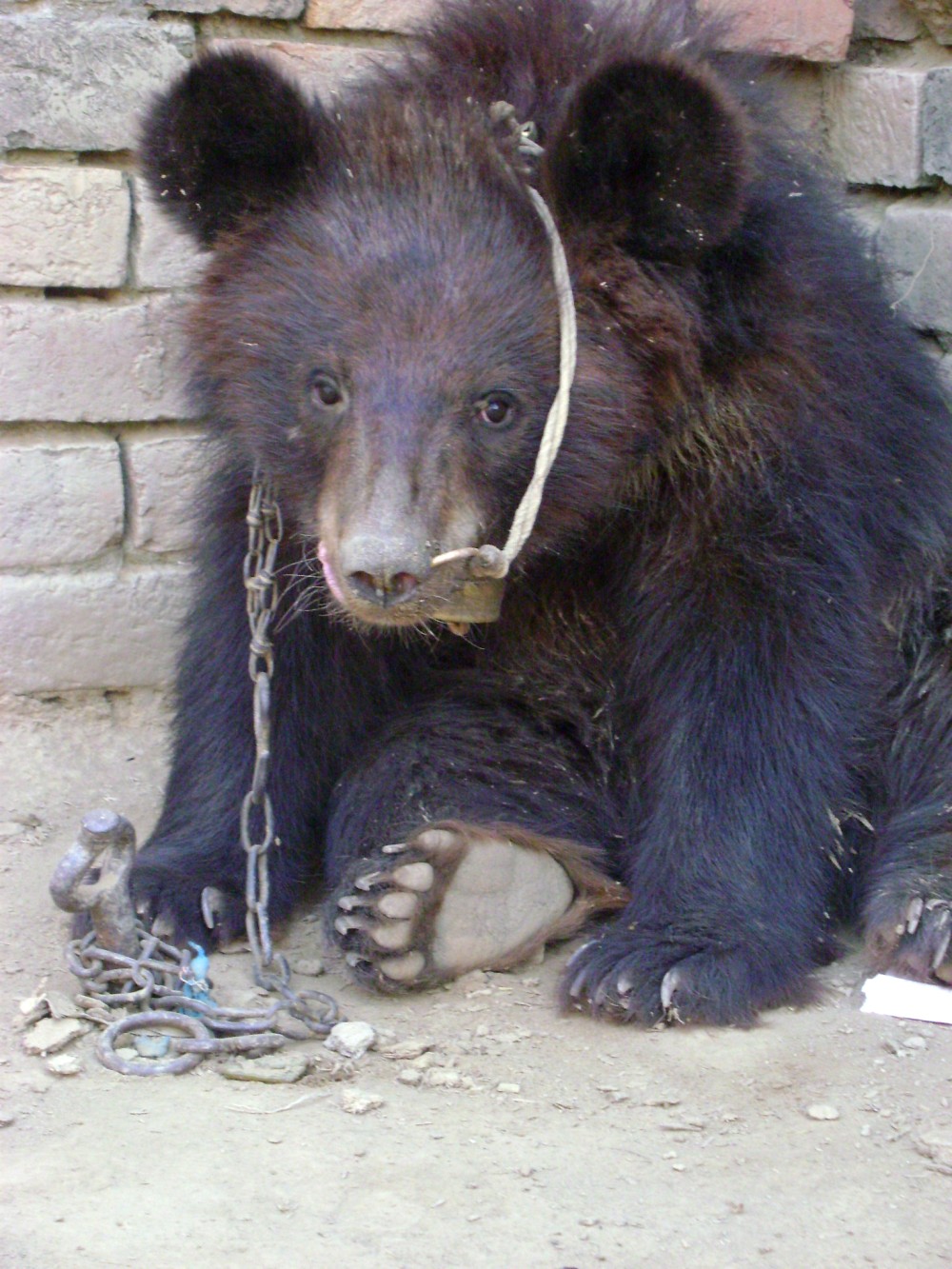 Ellie’s torture began when she was just a cub. Poached from the wild, it is likely she saw her mother being shot and killed before her eyes. Afraid and orphaned, she was sold on the black market to her owner who uses her as a way to earn a living.

Cubs like Ellie are trained for two purposes. They are destined to be exploited in either bear baiting – the cruel blood sport that forces bears to fight trained attack dogs – or the equally cruel tradition of bear dancing. Ellie, like many other exploited bears in Pakistan, has been used for both.

Bear dancing is a cruel spectacle where a defenseless bear like Ellie is forced to 'dance' on the streets for money. It is mainly used as a form of begging. Passers-by, including young children and families, pay to watch a weak and malnourished bear, decorated with ribbons and bells, perform a grotesque display that is meant to look like dancing. In fact, the bears involved – bears like Ellie – are trained using horrendous methods and are in a constant state of pain and fear.

First, she is made defenseless

The suffering that dancing bears like Ellie endure is unimaginable. Ruthlessly trained while they are still cubs, first they must be made defenseless. Cubs often have their teeth filed down or knocked out with a hammer – and their claws are often extracted – so as not to pose a danger to their owner. Ellie’s sensitive muzzle was pierced with a metal ring attached to a thick, coarse rope. For some bears, the rope is threaded directly through their skin – all without anaesthetic. And this is before the painful training even begins…

Then she learns the dance of torment

One way to train a bear like Ellie to ‘dance’ is to stand her on hot metal sheets. Shocked by the heat, she is forced to lift her paws up off the

scorching sheets and stand upright on her hind legs. The only way she can attempt to relieve the searing pain is to hop from one foot to the other, jerking from side to side, in a motion that mimics dancing. Repeated over and over to the sound of music, once she’s learned this unnatural behavior, the hot metal sheets are no longer needed – a sharp tug on the rope is enough to force this obscene response.

Ellie was conditioned to dance. Now, whenever she hears the sound of the drums and feels the painful tug of the rope, she knows

We’ve been working with the Pakistan Bioresource Research Centre (BRC) to end the needless suffering of bears in Pakistan. As a result, together we've rescued bears who were held captive to perform at bear baiting events and for bear dancing 'entertainment' purposes. Bears are now able to live better lives, and so are their owners.

Alongside other organizations, we've been rescuing bears from the cruel spectacle of bear dancing for over 20 years and have already ended the tradition in Greece and Turkey.

But we are not done yet. Although bear baiting is prohibited in Pakistan, bear dancing is not. We urgently need your help to make sure that all bear exploitation in Pakistan is made illegal so that no more bears are forced to suffer.

With your support, donation and voice, we can stop bears being subjected to a lifetime of pain and distress in Pakistan. 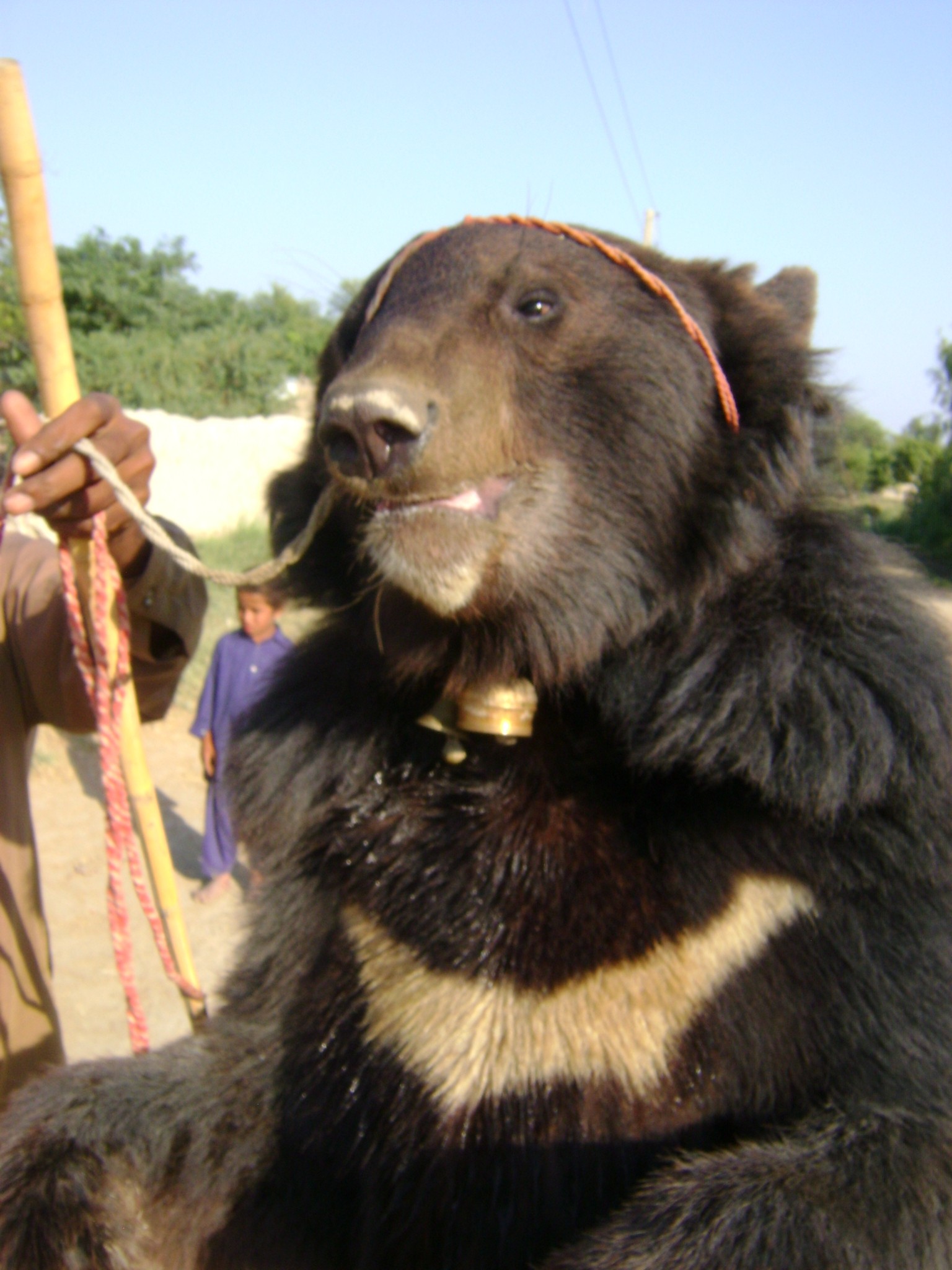