Talks with the Cayman Islands Government break down

We’re disappointed that following encouraging talks held earlier this year with the Cayman Islands Government, discussions on our welfare concerns at the Cayman Turtle Farm have now grounded to a halt.

The root causes of acute animal suffering at the Cayman Island Turtle Farm, such as the severe overcrowding of turtles there, simply cannot be ignored any longer.

In July, we returned to Grand Cayman to resume talks with the Government on the conditions at the last facility in the world that commercially farms endangered green sea turtles. Two months on, we’re still yet to receive a formal response from the Government.

Discussions with the current Government were first spearheaded by our CEO Mike Baker over a year ago. These encouraging early discussions highlighted key areas of mutual concern over animal welfare conditions related to the Farm, such as overcrowding, the possible introduction of infectious diseases into the wild through the Farm’s turtle release program, and the illegal poaching of wild sea turtles.

Initially it appeared that the government was eager to rapidly move to address these areas of mutual concern. In November 2013, the controversial wild sea turtle release program was cancelled, and in early 2014, UK Government funding to investigate the true scale of Caymanian demand for sea turtle meat was also secured by the Caymanian Department of the Environment.

However, during this time the Cayman Islands Government has also failed to act to address some of the most serious animal welfare problems that we’ve outlined. Overcrowding, cannibalism, injuries and disease among the approximately 10,000 endangered green sea turtles at the Farm remain a significant concern.

Our CEO, Mike Baker, stated, “Despite highly positive discussion nearly two months ago, we are disappointed that the Cayman Islands Government has failed to provide World Animal Protection with any updated formal response on the Farm’s conditions. It is impossible to see how progress can be made without communication and participation from both sides.

After more than a year of patient engagement and talks behind closed doors, it is now time for the Cayman Islands Government to act. The root causes of acute animal suffering at the Farm, such as the severe overcrowding of turtles there, simply cannot be ignored any longer. World Animal Protection’s door remains open, but the Cayman Islands Government must want to walk through.”

Elizabeth Hogan, our Oceans and Wildlife Campaigns Manager, added, “Having made such progress on some of the issues at the Cayman Turtle Farm, it’s incredibly disappointing to see the potential for further positive change get delayed. Given the clear willingness of the Caymanian government to support a tourist attraction based on sea turtles, we feel that the transition from a farm to a rehabilitation and conservation center remains the best possible option for the future of this facility, and would finally take into account the welfare of these magnificent animals”.

We always seek to work in collaboration with governments and communities to promote solutions that change animals’ lives for the better and help local communities too. We’ve long advocated for the Cayman Turtle Farm not to close but to transition into a true rehabilitation and release facility that fully protects sea turtles.

Learn more about our solution for the farm and how you can add your voice to the campaign. 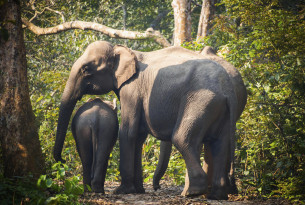 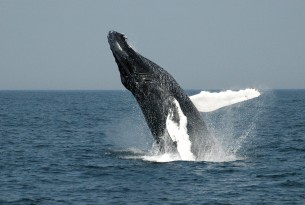 We're celebrating two exciting developments for whales at the 65th IWC meeting, which will have an important and lasting impact on our efforts to protect these... 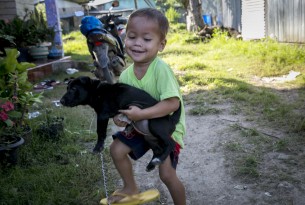 We’re working to end the unnecessary deaths of millions of dogs each year, caused by a fear of rabies.