Scott Powrie is climbing two mountains in honor of animals. We caught up with Scott to talk passion - for animal welfare and climbing. Read his Q&A below 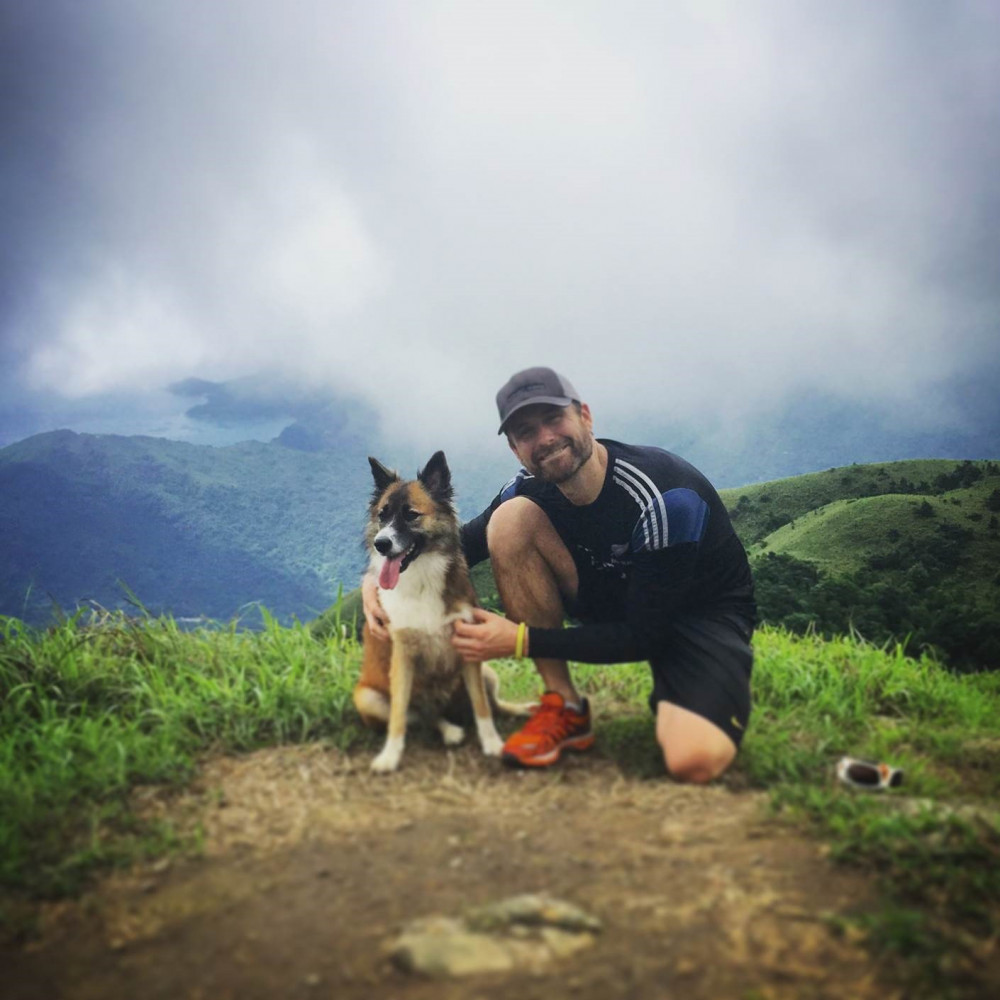 How and when did you and your wife first become passionate about helping animals?

I have always had a soft spot for animals, ever since I was a kid. My family always had dogs or cats around while I was growing up, so animals became an integral part of my life early on. My desire to help animals, however, grew gradually - probably in conjunction with my awareness of the terrible treatment they were suffering worldwide, from slaughterhouses and poaching to testing labs and fighting rings. It was overwhelming at first to be confronted with so much maltreatment, and it was hard to imagine how we could ever make any sort of difference. It seemed implausible to adopt the entire SPCA (though it was considered) and running a cheetah sanctuary out of our kitchen did not garner landlord approval.  So what can you do? We started with the easiest step, donating to animal rights and conservation groups, but it was an article on Bear Baiting that made me realize that I wanted to be more involved. Bear Baiting is a terrible sport where young bears, declawed and tortured, are forced to battle trained dogs for entertainment. It is just a drop in the bucket when it comes to animal cruelty, but it was a dripping faucet that I wanted to help stop leaking. I felt that even if I couldn’t do everything, I could try to help here at least. I began writing to World Animal Protection, who were leading the charge against bear baiting and felt that I could leverage the time I spent in Pakistan climbing -- where a lot of this takes place -- to spread the word.

What animal welfare issues are you most passionate about?

The animal welfare issue that I am most passionate about is Bear Baiting.  Bear Baiting is a specific enough issue, confined to certain geographic areas, that I believe with a targeted approach we could enact change in people's perception and hopefully end the sport. However, the other issue that I am passionate about, which will be exponentially harder to tackle, is deforestation and the destruction of animal habitats worldwide, everything from the rainforests to coral reefs.

Most recently, while living in Malaysia, it was shocking to see how much jungle was clear cut for palm oil plantations. As outdoor enthusiasts, it is heartbreaking on two fronts -- the loss of irreplaceable life and the reduction of natural beauty. These problems sometimes seem unsurmountable, but for my wife, it’s much simpler.  Her philosophy is that you don’t necessarily need to adopt a tiger or tie yourself to a whaling ship in order to improve animal welfare. You can make a difference very easily three times a day, at breakfast, lunch and dinner.  It’s hard not to sound preachy when you’re a vegetarian, but it seems that there is a huge disconnect in our culture between the food we eat and where it comes from.

How did you get started climbing?

My interest in climbing began at the end of December, one year after my wife bought me a climbing book for Christmas. One book turned into 20, and quickly I was hooked.  After an ill-fated attempt on Mt Whitney in the wintertime with the wrong gear but the right attitude, I quickly realized this was a sport I could sink my teeth into. Climbing is a sport that has no trophies, no winners or losers, it’s just you and mother nature; away from "the known”, you have to make due with what you got and what you know. It’s every emotion in the spectrum, and it’s amazing.

What has been your most exciting climb to date, and what did it entail?

The climb that had the biggest impact on my life was 2013, when I went to Pakistan to try Broad Peak. I had prepared for 6 months, training 3-4 hours a day and was mentally and physically ready…. at least that’s what I thought. The altitude is something you can’t train for -- some days you feel like Superman, other days you’re Clark Kent. The climbing was not as difficult as I had expected, but downtime was. Weather days tent bound, playing card games really wore me out. My expedition fell on hard times, and some of the members had to be taken out by helicopter.  Climbing is all about you being mentally razor sharp, if you’re a good climber you know when you’re ready to crush it and when you need to pack up your bag of tricks and go home.  For me, at 7,200meters (23,622ft), my mind was not razor sharp and I knew I should not keep going. The trip sounds harsh, but it has given me mental courage that I use in my daily life.

What is a typical day like during a climb?

Climbs are always broken into different sections. An average day would be carrying a heavy pack, roped up for 8 hours and keeping an eye out for objective danger like avalanches or crevasses.

What do you expect on your upcoming climbs in Norway and Georgia?

Mt. Stetind will be a 14-pitch rock climb that will require endurance and speed in order to make it to the top with enough time to rappel down before dark. The last 3 pitches will be the hardest, and we will be the most tired. That’s when it will become clear if our training was adequate or not. The climb is Traditional climbing, meaning no bolts and we will need to place all our own protection and belay points.   Mt. Ushba is a different type of climbing completely.  The start will be heavy packs roped up on the glacier, looking for crevasses and being aware of any avalanche dangers around us. After making basecamp, we will shed the weight and start on the technical part of this climb. We will begin with ice-climbing and then work our way across on an exposed knife- edge traverse to the summit.

To make a donation to World Animal Protection through Scott’s fundraising goal, visit his page here. You can visit Scott's personal blog here. 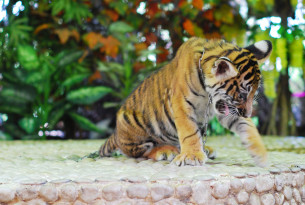 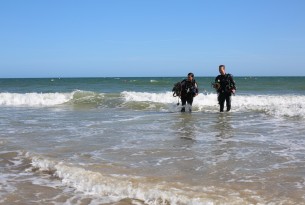 The impacts of fishing litter on the marine environment are widely reported, but finding the source of much of the litter and ghost fishing gear can be more...