The Science of Love in the Animal Kingdom

It’s a safe bet that many people celebrating Valentine’s Day this weekend will feel like their bond is uniquely special – whether others agree is another story.

But, seemingly unparalleled love may be much less exclusive than we think. In fact, research shows love, affection and caring is hardly unique to humans.

Many forms of love

Thank you for sharing our love of animals, on Valentine’s Day and on every other.

P.S. for more on animal emotions and sentience, read our Sentience Manager, Helen Proctor’s article on the emotional lives of elephants. 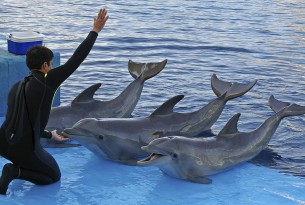