We recently helped Karel Beets and Francisco ‘Ricky’ Rebolledo, two extremely dedicated members of Red de Asistencia a Ballenas Enmalladas (RABEN), participate in a three week long apprenticeship programme at the Center for Coastal Studies (CCS) so they can teach others to rescue whales.

Due to a number of different factors, rescuing whales from fishing gear is a very difficult and dangerous task so appropriate training is necessary. Now that these two RABEN members have completed the apprenticeship they are able to teach others to rescue entangled whales in the most safe, efficient and successful way possible. The apprenticeship has also given Karel and Ricky a chance to refresh and update their own skills.

Earlier this year I wrote about my trip to Cape Cod to meet members of the International Whaling Commission’s (IWC) Global Whale Entanglement Response Network and the story of a humpback whale that was successfully rescued from the fishing rope it had been tangled up in. Now that Karel and Ricky are equipped with the skills to train others, the Network will be able to carry out more rescues in the Latin America region just like the one in Cape Cod, USA.

Only a few have the skills to save whales

That humpback whale in Cape Cod was one of the lucky few, but the threat posed by fishing gear is global and is caused by both active gear (fishing gear that is in use) and ghost gear (abandoned or lost fishing gear). Only a small handful of dedicated people in the world are trained with the skills and equipment needed to disentangle and free large whales from the death traps that fishing ropes, nets and lines can become. Now Karel and Ricky have completed the apprenticeship, they are able to help that number of people grow. 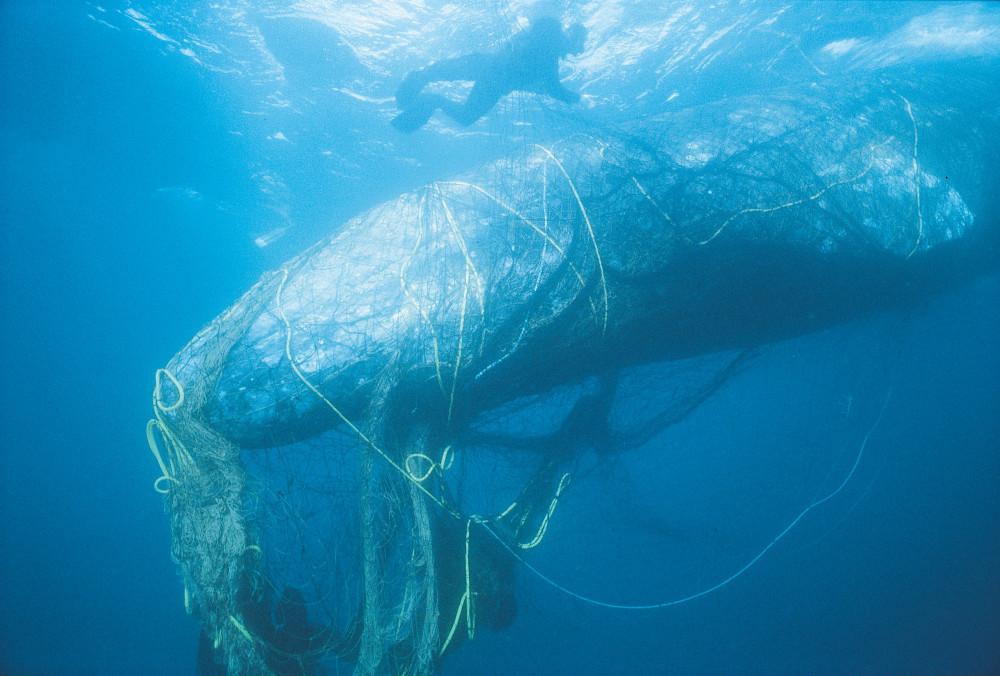 “I’d been working as a whale watching guide for many years and sometimes when I saw a whale entangled in fishing gear it was very frustrating not to be able to help,” said Karel on how he came to rescue entangled whales. “When the opportunity to join RABEN came I knew it was a great opportunity to help in a safe and organised way,” he continued.

Karel and Ricky have already helped train teams along Mexico’s Pacific coast in seven states. They now hope to be able to widen the reach and capacity of the network, increasing the likelihood of successful rescues in the region.

“It has been a great experience to spend three weeks with CCS – I learned about the way the team responds to calls and being part of that was amazing,” said Ricky. “My personal motivation for taking part in this training is so that I can do it in a safe way and share all that we learn with RABEN teams in Mexico and others in South America.” 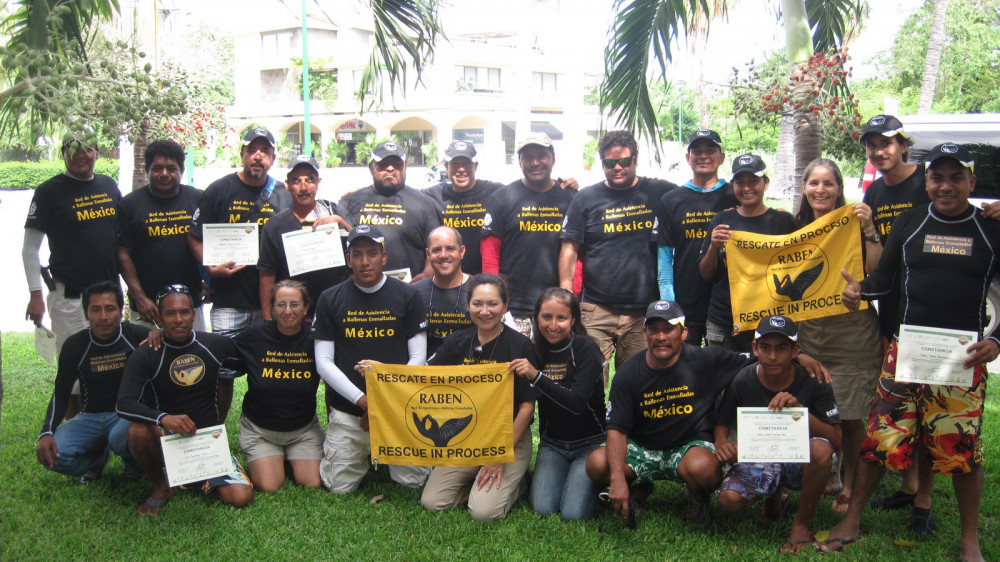 Prevention is the best way to stop suffering

Although they are very pleased to be developing their disentanglement skills and teaching others, Karel and Ricky make it clear that preventing these entanglements in the first place is critical. Both of them are involved in the running of prevention workshops with fishermen, as well as training others how to disentangle. “These workshops enable us to create good communication and collaboration with local fishermen,” says Karel. And Ricky added, “Our commitment with fisheries is to teach them prevention”.

At World Animal Protection, we are also committed to preventing the entanglement of all animals in the sea. As well as performing our own ghost gear clean-ups, we work with fishing companies and communities to help reduce gear loss, and recycle ghost gear that has been collected from the ocean.

Through our founding of the Global Ghost Gear Initiative (GGGI), a cross-sectoral alliance committed to driving solutions to the problem of lost and abandoned fishing gear worldwide, we’re working towards a safer sea for those who call it home.

Spotted ghost gear in your area? Let us know

If you see any ghost gear, report it on our Sea Change map. Telling us where and when you find ghost gear will allow us to identify ghost gear hotspots and direct urgent action to where sea animals are most at risk. Together we can move the world to protect millions of sea animals for generations to come. 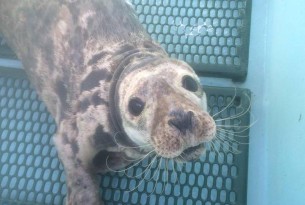 Behind the scenes with Evanna Lynch in Romania 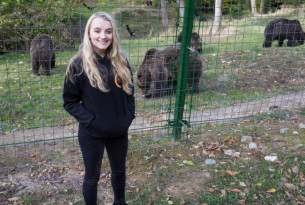 Evanna Lynch, best known for her role as Luna Lovegood in the Harry Potter film series, recently met our rescued bears in Romania

At just 8 months old, Horseradish was found entangled in ghost fishing gear with wounds so severe, he almost didn't survive. Read more about his incredible...