At just 8 months old, Horseradish was found entangled in ghost fishing gear with wounds so severe, he almost didn't survive. Read more about his incredible rescue.

Abandoned, lost or discarded nets, lines and traps – or ghost gear – is one of the biggest threats to our sea life. A staggering 640,000 tons of gear is left in our oceans each year. The gear traps, injures, mutilates and kills hundreds of thousands of whales, dolphins, sharks, seals, turtles and birds annually.

In late August, a young seal pup was spotted on a beach in Maine. Horseradish, as he would later be named, was entangled in ghost fishing gear with a gill net wrapped tightly around his head and neck, cutting into his soft puppy flesh and slowly choking him. His body had several raw wounds where his fur had been ripped out and there were deep cuts. Oceans and wildlife campaign manager Elizabeth Hogan was on the scene with members of our partners Marine Mammals of Maine to rescue the suffering pup.

The team quickly tended to Horseradish, cutting the gill net from his neck. But it was evident that he was desperately ill and needed further treatment, so he was carefully moved to the new Marine Mammals of Maine’s triage center. He was suffering from a very high temperature so he was put in a cold water bath as soon as possible to help bring it down. Horseradish was also severely dehydrated so the team provided him a vital IV to help restore essential fluids. 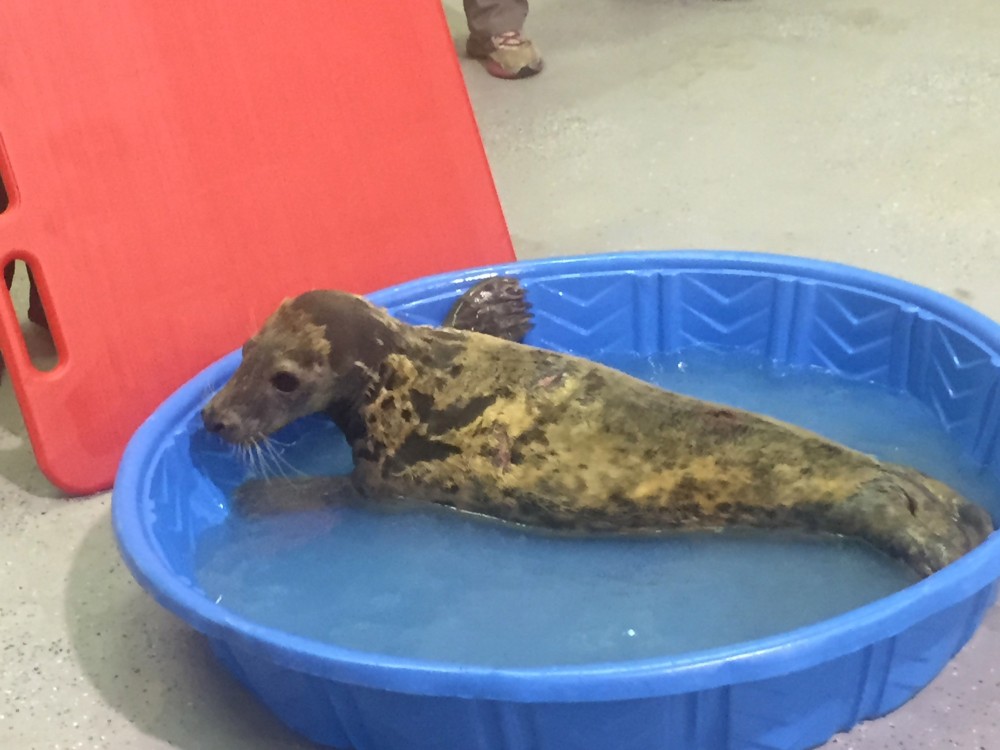 “I could not get over how strong he was,” Elizabeth recalled after the rescue. “Horseradish weighed about 40 pounds, which doesn’t seem like a lot. I’m quite strong so I wasn’t expecting to encounter much of a challenge in trying to hold down the tail end of a juvenile 40-pound seal – but I was very wrong about that! He was incredibly strong and determined, and as expected with any animal, was not thrilled to be getting an IV. I had to keep him as still as possible to make sure he got the fluids that he needed.” 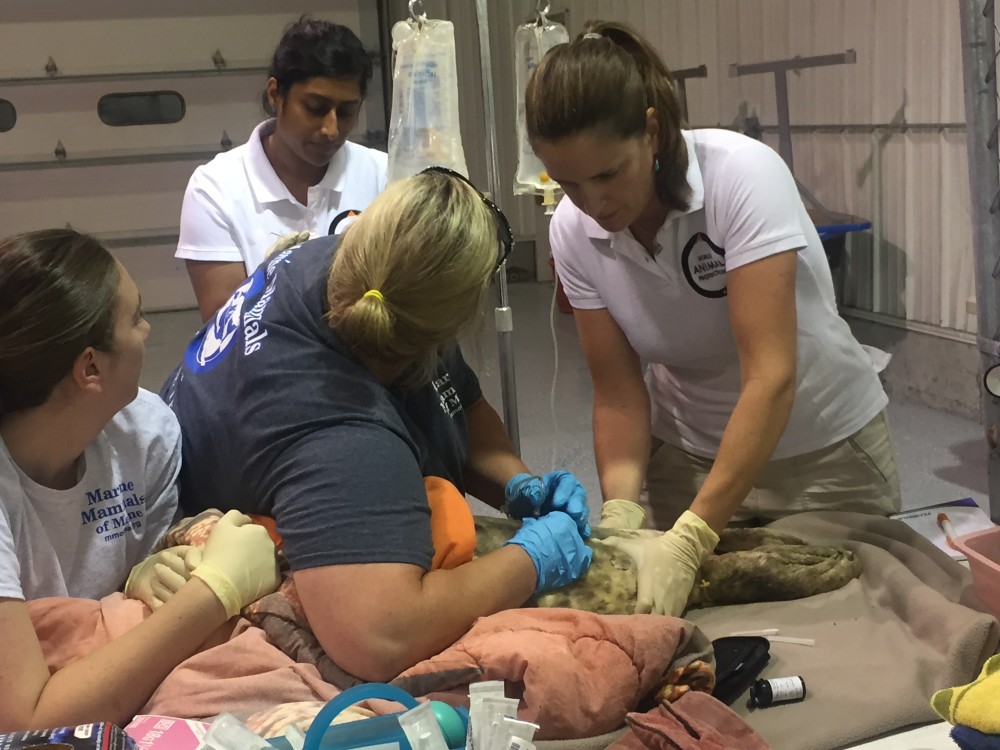 Horseradish was still in a very serious condition after receiving treatment, so Lynda and Dominque from Marine Mammals of Maine stayed the night in the center with him to make sure he received the round-the-clock care that he needed. Thankfully, he survived the night. It was clear, however, that he would need much longer rehabilitation, which meant transporting him several hundred miles away to the nearest facility that could help him. The next day, MMoME’s team of volunteers gathered to drive Horseradish to Mystic Aquarium where they would be able rehabilitate him for a longer period of time.

Horseradish received a month of specialized care while he regained his strength and vitality.

Just last week, Horseradish was released back into his natural environment, healthy and strong. You can see a video of the incredible moment of his release here.

If it had not been for the MMoMe triage center and the dedication of its staff, it is unlikely Horseradish would have survived the journey. In the past, seals have died on the way to a facility that could help them or they had to be euthanized because there was no equipment readily available to save them. Thanks to the MMoMe triage center that our supporters are helping to fund, more marine mammals can be saved from suffering and will have a chance to live a life they deserve back in their natural habitat.

Abandoned, lost or discarded nets, lines and traps – or ghost gear – is one of the biggest threats to our sea life. A staggering 640,000 tons of gear is left in our oceans each year. The gear traps, injures, mutilates and kills hundreds of thousands of whales, dolphins, sharks, seals, turtles and birds annually.

Through our Sea Change campaign, we’re aiming to save one million animals by 2018. Learn more about our campaign and about how you can help. 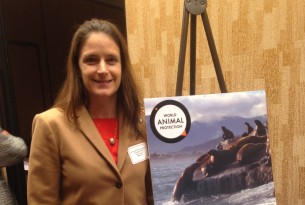 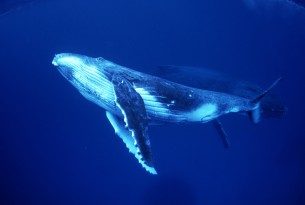 Joanna Toole, Sea Change campaign lead for World Animal Protection, talks about Mexico’s whale disentanglement network and how we can respond to and rescue... 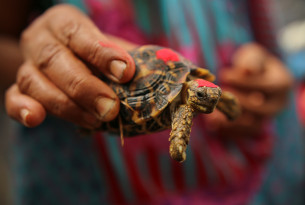 Our wildlife experts recently published a scientific paper on the illegal trade of Star tortoises. This is the story of two years of investigation that...