Putting an end to the bear bile industry in South Korea

We are reaching the final stages of our campaign to end the cruel bear bile industry in South Korea, working in partnership with Green Korea United.

"We aim to see legislation introduced to make bear farming illegal, but we are in the final stages of the battle against this industry, with the significant step of 98% sterilization rates."

As of the end of June, we have successfully facilitated the sterilization of 557 captive bile bears in South Korea. This has been achieved by working together with our local partner Green Korea United.

Through this partnership, we have been able to bring the total number of bears sterilised since 2014 to 946 – which is over 90% of the entire captive population of bears that are exploited for their bile.

We have successfully reduced the number of bear farmers not committed to the voluntary exit plan to just one, representing 14 bears on a single farm. The remaining 100 bears will be sterilized in 2016 – meaning we will have achieved over 98% sterilisation by June 2016.

Our Director of Programs for Asia Pacific, Emily Reeves, has said in response to this positive progress:

"The agreement by bear farmers to have bears sterilised is a huge development that will stop more bears being born into a lifetime of suffering.

"Although one bear farmer has not agreed to having his bears sterilised, every other bear farmer has committed to this. There will now be no increase in the number of bears on farms, and we will see a gradual decrease.

"We aim to see legislation introduced to make bear farming illegal, but we are in the final stages of the battle against this industry, with the significant step of 98% sterilization rates."

We are committed to ending the suffering of bears, and this progress is a landmark step towards phasing out this cruel and inhumane practice.

We work in Asia to end cruelty to bears, and won't stop until we've achieved it. Learn more about our work to end the bear bile industry. 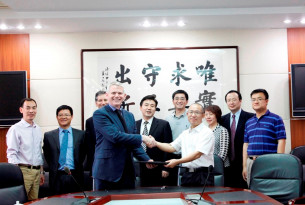 Categories:
Our work with bears 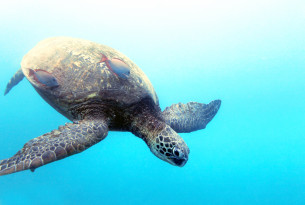 Jeanie Kilgour is a marine enthusiast, avid diver and longtime World Animal Protection supporter. Find out why animal protection is important to her.

Moving China to act for bears