Yesterday, we hosted a workshop at the Society for Marine Mammalogy 2015 Biennial Conference, to discuss the entanglement of pinnipeds (seals, fur seals, sea lions, and walruses) in fishing gear and share methods of prevention and disentanglement. Recent estimates have determined that over 300,000 marine mammals die entangled in fishing gear annually. Our workshop gathered pinniped biologists, veterinarians, and other experts to share knowledge and coordinate future strategies to prevent entanglements and rescue entangled pinnipeds.

While the 88 member countries of the International Whaling Commission recently recommended the development of global capacity for responding to and preventing whale entanglements, there is currently no such network or resources to confront pinniped entanglements or to support the biologists who assist with such cases. Pinniped entanglements take many forms and impact many different species globally. The workshop participants discussed new techniques for disentangling marine animals and shared learnings from past disentanglement missions.

“Protocols for disentangling whales have been around for years and there is a lot of coordination and training in the international community for whale disentanglement,” says Elizabeth Hogan, U.S. Campaign Manager for Oceans & Wildlife at World Animal Protection. “But pinniped disentanglement hasn’t had that advantage. At our workshop, we shared tested methods of pinniped disentanglements between biologists and worked to build global cooperation to keep seals, sea lions, and other marine animals safe from entanglement in lost fishing gear.”

Tackling the issue of "ghost gear"

An estimated 640,000 tons of fishing gear are lost in our oceans each year. For every 125 tons of fish caught, about a ton of ghost gear is left behind. This debris continues to catch animals indiscriminately, entangling and killing hundreds of species, including seals and sea lions. Mostly made of plastic, ghost gear can persist in our oceans for hundreds of years. Through our Sea Change campaign, World Animal Protection aims to save 1 million marine animals from being injured and killed by ghost gear. Learn more. 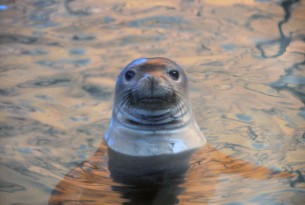 The time is now to eliminate rabies in dogs 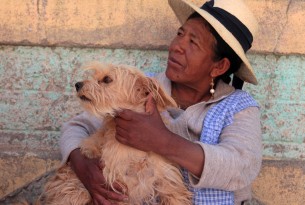 Global inter-governmental organizations have officially launched their framework to end dog-mediated rabies in humans by 2030 using our humane solutions.

Together we’re celebrating another momentous year for bears in Pakistan 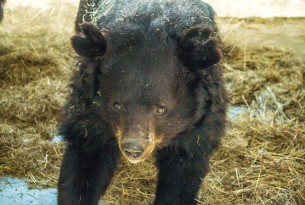 With your wonderful support, big steps have been taken to protect bears in Pakistan