Today is an important day for millions of farm animals as our partner Nestlé announces its improved standards for farm animal welfare.

In 2014, we signed a worldwide partnership with Nestlé, one of the world's leading food brands, to grow their expertise on animal protection as a vital part of their Responsible Sourcing Strategy.

As Nestlé's key animal welfare partner, we have provided them with guidance to ensure that their new standards, policies and procedures have the highest possible levels of welfare for the animals involved in global food production.

Today, Nestlé made the momentous move to commit to adopting higher animal welfare standards with an announcement in The New York Times, 'Nestlé Moves Toward Humane Treatment of Animals at Its Suppliers'.

This commitment means lasting change for millions of farm animals around the world as the hundreds of thousands of farms that supply Nestle with its eggs, dairy, poultry and meat will have to comply with higher animal welfare standards.

Read the full article here. Below is an excerpt:

"Nestlé, one of the world’s largest food companies, is adopting animal welfare standards that will affect 7,300 of its suppliers around the globe, and their suppliers. The move is one of the broadest-reaching commitments to improving the quality of life for animals in the food system, and it is likely to have an impact on other companies that either share the same suppliers or compete with Nestlé...

...Under its new standards, Nestlé will not buy products derived from pigs raised in gestation stalls, chickens in barren battery cages, cattle that have been dehorned or had their tails docked without anesthesia and animals whose health has been damaged by drugs that promote growth.

Suppliers’ compliance will be audited by SGS, which specializes in verification. Looking over SGS’s shoulder will be World Animal Protection,"

Change is possible. Together, we can continue to grow the movement for kinder farming.

Learn more about our farming work, including how we partner with food businesses like Nestlé to promote humane farming. 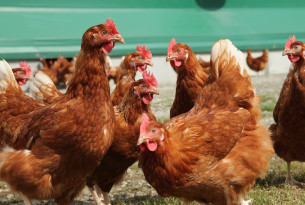 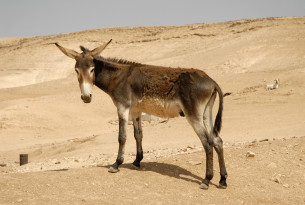 We have received a large number of enquiries about the animals affected by the conflict in Gaza. 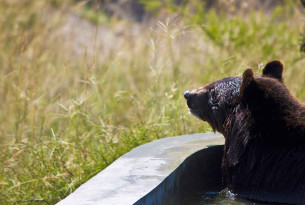 In Pakistan, our work to protect bears from the brutal world of bear baiting recently took a dramatic turn, with a rescue mission and month long legal battle...