A new scientific paper co-authored by World Animal Protection and leading sea turtle conservationist Marydele Donnelly adds to the growing list of rationale for why the Cayman Turtle Farm must change.

"The millions of dollars plowed into the Cayman Turtle Farm each year could be much better spent on protecting green sea turtles in the wild, using tried and tested methods which have been shown to yield real results"

Our Stop Sea Turtle Farming campaign, which launched in 2012, has highlighted the severe animal welfare concerns associated with the Cayman Turtle Farm, the last facility in the world which raises endangered sea turtles for human consumption.

In this new paper, entitled “The Cayman Turtle Farm: Why We Can’t Have Our Green Turtle and Eat it Too”, the authors put forward a convincing case that sea turtle farming comes at an astronomic economic cost and may actually harm green turtle populations by promoting the consumption of this endangered species.

The paper, which is published by the Journal of Agricultural and Environmental Ethics, concludes by reiterating World Animal Protection’s calls for the Farm to transition into a sea turtle rehabilitation center that fully protects the animals in its care.

Dr Neil D’Cruze, Head of Wildlife Research and Policy at World Animal Protection, co-authored this paper together with Rachel Alcock, and Marydele Donnelly who is currently Director of International Policy for the Sea Turtle Conservancy.

Donnelly says, “I am proud to have worked on such an important research paper which highlights the threats that the Cayman Turtle Farm poses to both the Cayman economy and the conservation of wild green sea turtle populations.

“Our arguments are clear: the millions of dollars plowed into the Cayman Turtle Farm each year could be much better spent on protecting green sea turtles in the wild, using tried and tested methods which have been shown to yield real results.”

Dr Neil D’Cruze says, “World Animal Protection was delighted to read the findings of the recent Ernst & Young report, which echo the findings contained within our new scientific paper for the Journal of Agricultural and Environmental Ethics. 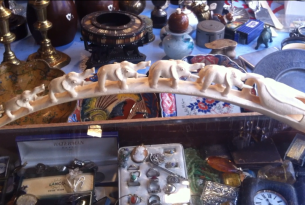 The role of animal protection in effective disaster response 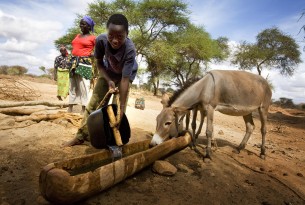 On October 23rd we are co-hosting an event with the International Federation of Red Cross and Red Crescent Societies (IFRC) titled: 'The role of animals as a...