Elizabeth Hogan, our Oceans and Wildlife Campaign Manager, had the opportunity to catch up with Ed Lyman, Large Whale Entanglement Response Coordinator for the Hawaiian Islands Humpback Whale National Marine Sanctuary, to discuss a heroic recent whale rescue off the coast of Hawaii’s Big Island.

A 45-ton humpback whale had been entangled in heavy fishing line for over a week before being safely rescued and released by Ed’s team. Read the full Q&A between Elizabeth and Ed Lyman below.

Ghost gear – nets, line, pots and traps lost or abandoned by the fishing industry – injure and kill millions of marine animals each year. Find out how we’re moving the world to protect them with our Sea Change campaign.

Elizabeth Hogan:  When did you first spot the entangled whale?

Ed Lyman:  The first sighting was reported on February 13th, 2015.  We were able to tag the humpback whale by attaching a transmitter to the entangling gear on the 15th and sent a team to the Big Island to attempt disentanglement, but by the 16th, [the whale] was too far away to mount a safe effort, and the decision was made to stand down. Between the 16th and 20th, all teams remained on alert, until conditions were appropriate to mount a full disentanglement effort. It is tough to mobilize a team and then sit and wait.  Plus, it means a lot of extra work monitoring the location of the whale multiple times a day and putting alerts out to network personnel, who are all volunteers. This can all be very frustrating, but a necessary part of responding to these large animals in the open ocean. 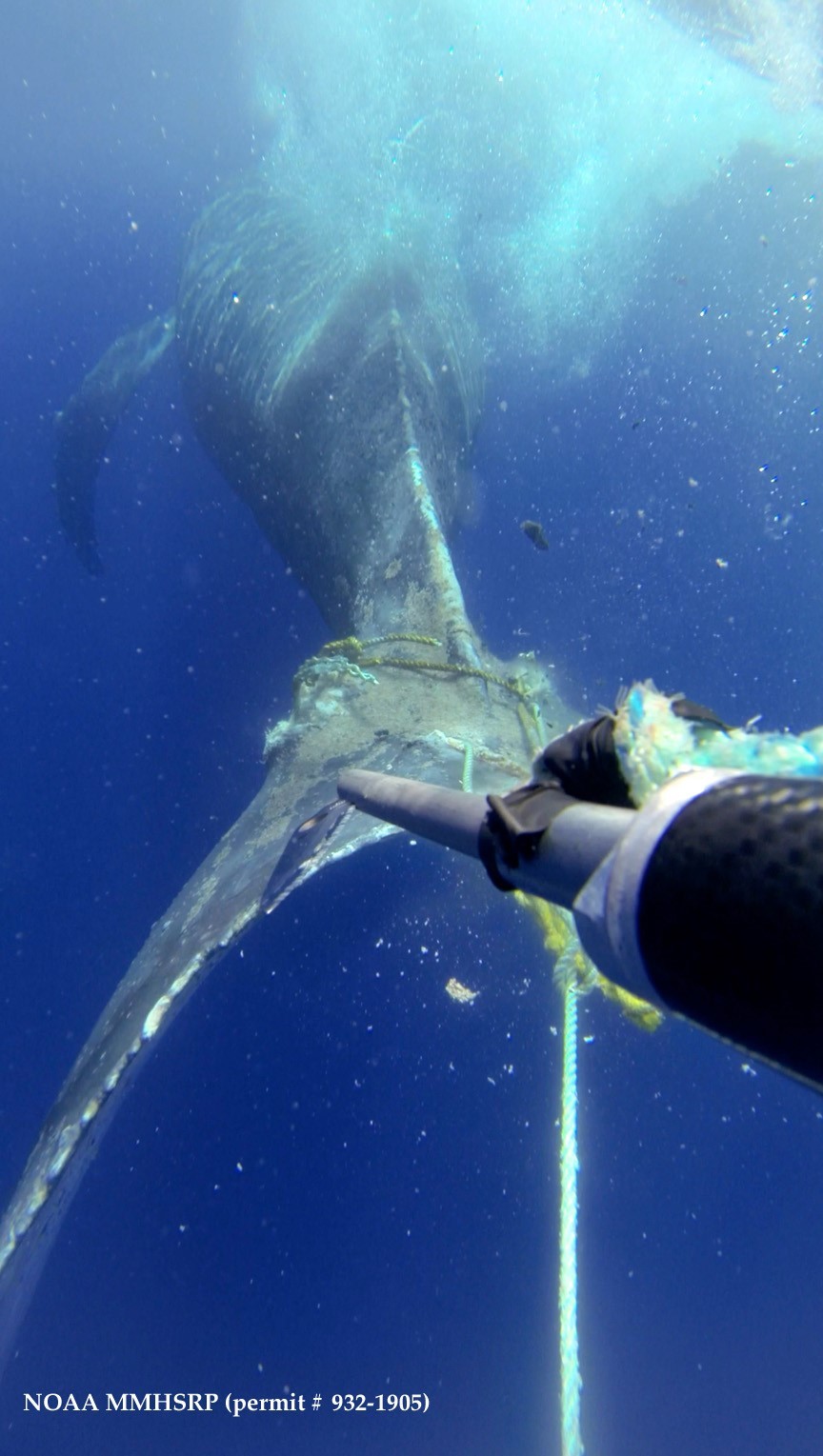 Elizabeth:  Where did the whale finally turn up?

Ed:  The whale was first spotted off the south end of the Big Island, then went too far south for us to reach, then west and finally north. But patience paid off, because on February 19th – 6 days after the original sighting - it jumped the channel to Maui, so the team on the Big Island stood down altogether and a different team on Maui was assembled. On the 20th, the Maui team was briefed and ready, and there was good weather.

Elizabeth:  Who made up the rescue team?

Ed:  The initial effort of assessing and tagging the animal on the 15th involved a group of trained and authorized people from the West Hawaii Marine Mammal Response Network under NOAA Fisheries. The rescue team on the 20th involved multiple agencies, including trained personnel from: the Hawaiian Islands Humpback Whale National Marine Sanctuary, who led the effort; NOAA Fisheries; NOAA Corps; Hawaii Wildlife Fund; the Kaho’olawe Island Reserve Commission; and a group of volunteers that make up the West Maui response team. NOAA Office of Law Enforcement and the U.S. Coast Guard were also prepared to lend support if necessary.

Elizabeth:  How did the rescue on the 20th unfold?

Ed:  The satellite tag has a 1-2 hour delay, so it actually tells you where the whale was, not where it is – so our biggest challenge is usually to project where it is going. But in this case, we were lucky; we thought we had another 9 miles to search, but after only 6 hours we spotted it. We had just slowed down and pulled out the antennas to determine where the whale was, and someone yelled out that it was right out in front of us. Sometimes it can take hours or even days to pinpoint the animal even with the technology.

Elizabeth:  What state was the whale in when you finally encountered it?  Was it willing to let you approach?

Ed:  The whale was not overly evasive but did not want to slow down!  We actually added more gear – large plastic buoys, to slow the whale down and keep it at the surface so we could cut it free of all the entangling material. Usually the whales do slow down for us, but not this one. So it still had a lot of strength and seemed to be in good to fair health.  It is extremely difficult to hold the line with a 40-ton whale pulling the small inflatable boat you are in, so we ended up adding another line to the gear in order to hang on.

Elizabeth:  What impact had the entanglement had on the whale to that point?

Ed:  The whale had a lot of deep cuts, mostly on the leading edge of its tail. The tail had a curl that was worrisome; while the flukes appeared functional, the animal was favoring them and using mostly its pectoral flippers to move. The best explanation was that it was trying to minimize the sawing action to prevent the ropes from cutting into the tail even more. Fortunately, there were no signs of infection. Unfortunately, this meant the whale wasn’t lifting its tail, which made it harder for us to cut the lines that were wrapped there.

Elizabeth:  What was the biggest challenge in removing the gear?

EL:  Because the tail was not coming out of the water, we had to go by feel, since we weren’t able to get a visual of the entanglement above the water.  We were also able to use a GoPro on the end of a pole to spot the entanglement, and ultimately we were successful – we were able to remove all of the gear, with the exception of one trailing piece which was embedded in a wound.  But that piece should be expelled naturally over time.

Elizabeth:  How many whale entanglements do you typically see in this region?

Ed:  In the last year, we got approximately 40 reports of entangled whales, but it is hard to determine how many were repeat sightings. I believe that at least 13 of those reports represented individual entangled whales.

Elizabeth:  And how many of those reported whales are reached by a disentanglement team?

Ed:  So far since December, eight individual whales have been reported entangled, six of those since January 1. Of the eight reported in the last three months, two have definitely been disentangled; most likely three. On the third animal, we were able to make some cuts, but unfortunately it got dark before we could determine that the gear was indeed shed.

Ed:  We get the majority of the reports from whale watch boats. Other reports come from fishermen, scientific researchers, and patrol boats, like the U.S. Coast Guard.

Elizabeth:  How long have you worked on whale disentanglement?

Elizabeth:  Is it typically fishing gear that entangles the whales?

Ed:  It is not only fishing gear, and it is important to note that fishermen do not want to catch whales. We have to all work together to figure out ways to reduce entanglement risks, and fishermen are part of the solution.

Elizabeth:  Do you think it is getting better? Are you seeing entanglement rates go up or down?

Ed:  I don’t know – but we are getting more reports. People know now to report it, and that if they do, someone with the right training and right tools will respond and free the animal.  So in that way, it is getting better.

NOTE: Large whale disentanglement and response is dangerous for both the animals and humans alike. In the United States, this effort is under permit and authorization of NOAA Fisheries Marine Mammal Health and Stranding Response Program (permit # 932-1905-1) 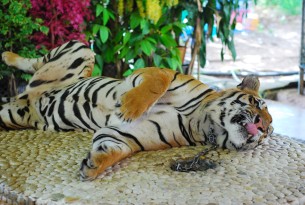 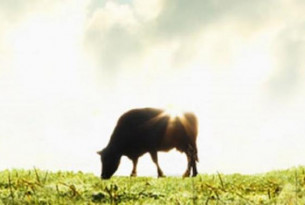 A volunteer vacation at an organic dairy farm changed author Sonia Faruqi’s life forever. We are thrilled to share an excerpt from her first book, Project...

Hang in there, your egg prices will go back down 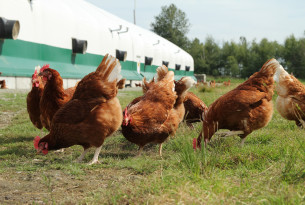 Kara Mergl, our Manager of Corporate Engagement, assures consumers not to panic about rising egg prices. She explains why below.