Last month, the United Nations Environment Programme (UNEP) and the International Livestock Research Institute (ILRI) published a report entitled, “Preventing the Next Pandemic: Zoonotic diseases and how to break the chain of transmission.”

Recommendations to consume 50% less animal foods in favor of plant-based foods and protein will go a long way to easing the burden on the world’s already strained resources.

The report takes aim at exposing the root causes of pandemics like COVID-19 to draw attention to the necessary steps we need to take to prevent pandemics in the future.

Since the outbreak of COVID-19, there have many reports about the link between wildlife markets where wild animals are bought, sold, and killed for food, in the transmission of novel viruses. Animals in these markets are kept in cramped quarters and dirty conditions – the opportune environment for viruses to mutate, jump species, and spread.

Another important risk factor for the emergence and spread of zoonotic is unsustainable, intensive animal production – also called "factory farming." Sadly, across the globe, intensive animal agriculture is the most common way of raising animals for food. The report identifies seven drivers behind the increasing threat of zoonotic diseases, and two of these are related to animal agriculture.

First is the intensification of animal agriculture where animals are genetically uniform, bred for high production, and kept in close, cramped quarters. The other is the increasing demand and consumption of animal protein. This fuels the intensification as it's the only way to meet the growing demand for meat. A third driver identified in the report is climate change, of which animal agriculture is a major contributor. 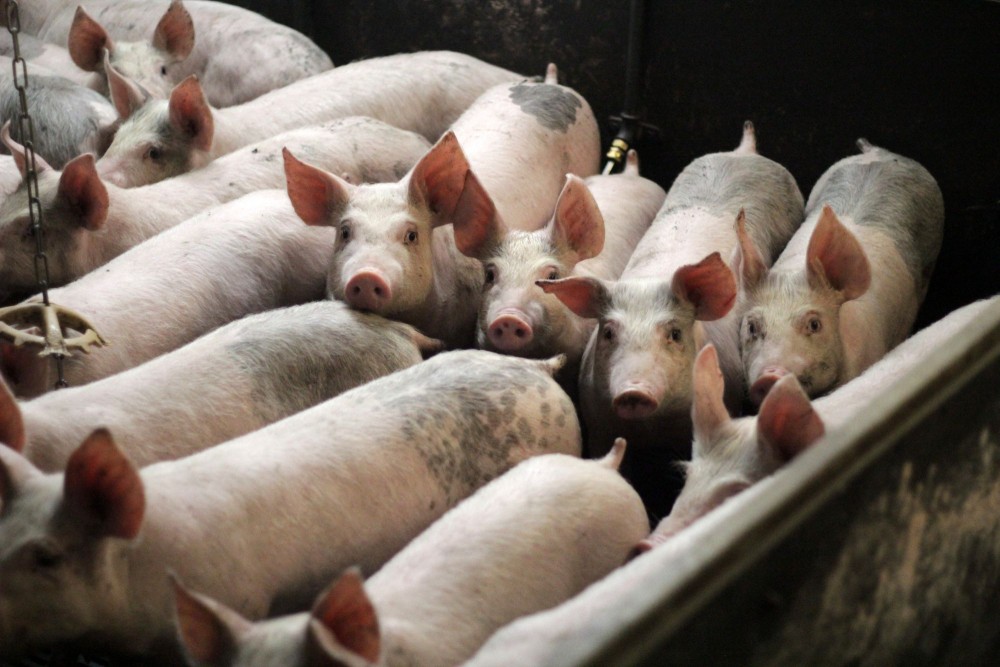 How does this contribute to zoonotic diseases?

Increasing demand for animal-source foods stimulates the intensification and industrialization of animal production. Animals have been bred for high production, which means they are genetically similar. Such genetically homogenous host populations are more vulnerable to infection than genetically diverse populations because the latter are more likely to include some individuals that better resist disease. Animals are also kept in crowded conditions; lack of physical distancing between the animals means diseases can easily jump from one animal to another.

Beyond public health, factory farming causes billions of animals around the world immense amounts of suffering, and animal agriculture is a major contributor to climate change.

The only way to reduce intensification and move towards higher welfare, more sustainable farming, is for the demand to decrease. Recommendations to consume 50% less animal foods in favor of plant-based foods and protein will go a long way to easing the burden on the world's already strained resources.

To learn more about this issue and read the report, visit the report's website.

For more information about how you can support our work to improve the welfare of farm animals, sign up to our email list.