From fear to freedom - Max's story

Max suffered many years of mistreatment before he was rescued in 2006. But today, he lives free from daily pain and suffering in his home at the Romanian bear sanctuary.

When he arrived at the sanctuary, the vets discovered he was blind though it is not known whether this was due to trauma he suffered as a cub or done on purpose to make him more compliant for tourist photos.

Since 2005, we’ve rescued 87 bears from heart-breaking treatment where they were forced to entertain people at restaurants, or kept in tiny, barren cages.

We partnered with Asociatia Milioane de Prieteni (AMP) over 10 years ago to build Europe’s largest bear sanctuary. It has incredibly high welfare standards and all the rescued bears are free to socialize and express natural behaviors.

The sanctuary is having a significantly large impact on bear abuse in Romania. 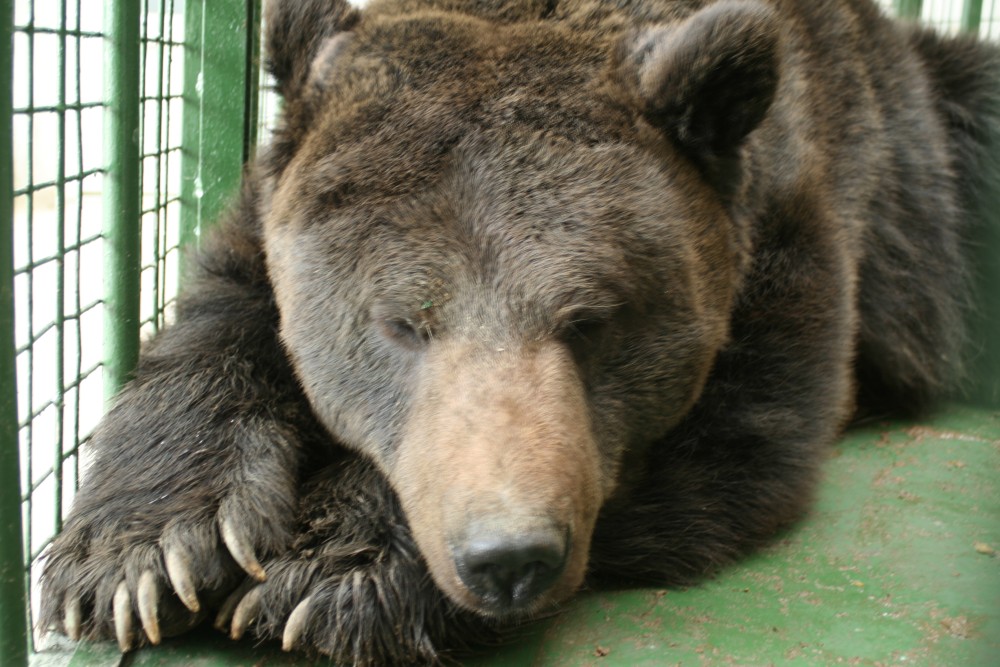 We’ve made a massive difference for bears like Max

The sanctuary’s resident blind bear Max has a lovely contented life in his own patch of forest where he has his own den, shade of the oak trees, shrubs to hide and play in and his own private water pool that the sanctuary staff fondly refer to as a ‘spa’. It is a far cry from his life as a tourist attraction in the town of Sinaia, just south of Brasov in central Transylvania. His owner used to chain him to the railings leading to the famous Peles Castle and feed him beer so he was subdued enough for passing tourists to take a photograph next to him. Max was chained to the fence for so many years that you can still see where the fence had bent under his weight.

Max suffered many years of mistreatment before he was rescued in 2006. When he arrived at the sanctuary, the vets discovered he was blind though it is not known whether this was due to trauma he suffered as a cub or done on purpose to make him more compliant for tourist photos.

When Max first arrived to the sanctuary, he wouldn't venture into the pool to swim. This is typically something bears love to do, so the sanctuary staff investigated. They speculated that perhaps the sides were a little too steep for him and he was afraid to explore it. So they decided to slope the edges and make the pool shallower for him. Max recently tried out his newly refurbished ‘spa’ and seemed to absolutely love it! He has been seen by staff and tourists playing in it nearly every day, splashing about and having a thoroughly good time.

One of the tour guides Aurelia says, “It such a pleasure to see Max so happy playing in his pool. I stood for 30 minutes one day watching him in awe as he splashed around. It truly is the most rewarding thing to see after knowing what he has gone through."

Save animals like Max from a lifetime of pain

You can help us ensure that more bears like Max finally learn what it means to live in safety, free from daily pain and suffering. Join an incredible group of people who make it possible for us to protect bears - and so many other animals around the world - from harm. Be an Animal Protector. 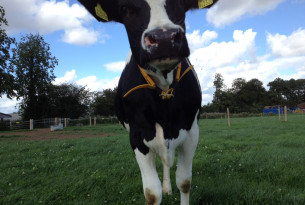 12 Do's and Don'ts for animal-friendly vacations 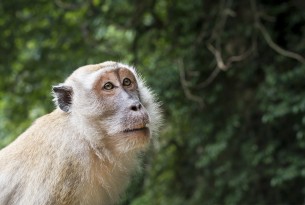 You can be a compassionate traveler, making decisions that prevent animal suffering for the entertainment of tourists. Here are some Do's and Don'ts for your...