A recent news report in the Cayman Islands has revealed that 1268 turtles died in a 2014 disease outbreak at the Cayman Turtle Farm, the last facility in the world that breeds endangered sea turtles for meat. The disease, described as a ‘mystery illness’, was later revealed as Clostridium, a bacteria that can also cause serious human health problems. More than 15% of the Farm’s 7,127 turtles at the time died in the outbreak, which took place from April-July 2014. This news was kept from the public for more than a year and uncovered following a Freedom of Information Law request by the Cayman Compass newspaper.

We have responded with an open letter in the Cayman Compass, reinforcing our grave concerns for the welfare of the Farm’s turtles.

“Green turtles are endangered wild animals totally unsuited for intensive farming. They are solitary, dive to great depths, and swim huge distances. It’s no surprise they become stressed and disease spreads when you cram hundreds of them into a single tank.

It is extremely sad to hear the Farm lost more than 1,000 Green turtles to a disease outbreak in just four months with an average of about ten of these endangered animals dying daily. However, given the Farm’s terrible track record, it’s no surprise to hear the latest revelations of disease, death and an associated cover-up.

In recent weeks, the government-owned Farm has again proved it represents a severe threat to Green turtles and tourist health. The burning question now is how much disease and dishonesty will it take for them to instigate real change at this farcical­ facility?”

Sadly, evidence of neglect and possible cover-ups at the Farm are not new. In July 2012, 299 green sea turtles died from heat exhaustion after a water pipe supplying one of the Farm’s tanks ruptured and the water drained away. The turtles died slowly and needlessly. And despite happening in the Cayman Islands, news of the disaster took two weeks to reach local residents.

We have repeatedly called for the Farm to transition into a genuine rehabilitation facility that truly protects the turtles in its care. But the Cayman Turtle Farm’s turtles are currently cruelly used for entertainment, subject to constant handling by tourists, which causes them intense stress. Tourists are also often unaware that the same turtles they see and handle are later slaughtered and served as steaks and burgers in local restaurants.

Learn more about our work

Click here to read more about why sea turtle farming must end. 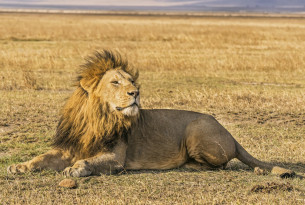 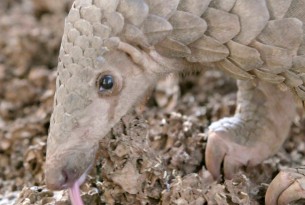 Cecil the lion’s killer will not face charges

Walter Palmer, the dentist that paid $50,000 to shoot Cecil will not face charges in Zimbabwe after the Environment Minister made an announcement saying that...