What You Should Know About Monkeypox

While we are still living through the COVID-19 pandemic, you may have seen more and more news about another virus outbreak spreading around the world in recent months: Monkeypox. It is yet another example of the harms that can arise from exploiting animals.

More than 70% of human diseases are of animal origin, and have a direct relation with our current reliance on animals for food.

Monkeypox is a zoonotic disease caused by the monkeypox virus, which is part of the same family of viruses as the one that causes smallpox. Despite its name, the virus’ actual origins are still not known. It was discovered in the late 1950s when two outbreaks occurred among monkeys being used for research. The first known case of transmission to humans was in 1970 in the Democratic Republic of the Congo. In addition to humans and non-human primates, rodents, such as rats, tree squirrels, and dormice, are able to harbor the virus and infect people. Nevertheless, it continues to have “monkey” in its name.

What should I know about it?

First, monkeypox infections are treatable with antiviral medication and do not usually lead to severe illness.

Second, there is a vaccine effective against monkeypox and transmission is preventable by avoiding direct contact with infected persons or animals and contaminated materials.

Third, certain media channels are fueling misinformation and dangerous anti-LGBTQIA+ sentiments in coverage of the outbreak. Some groups are currently at higher risk of exposure due only to their marginalization in our society. World Animal Protection stands against hate and the continued oppression of LGBTQIA+ people.

Why are animal diseases so prevalent today?

In recent years there has been an apparent increase in zoonotic diseases and zoonotic disease outbreaks. The frequent emergence of new zoonotic diseases is attributed to increasing interactions between humans and wild animals and greater encroachment into wild animal habitats. The United Nations has warned that this trend is likely to continue as more habitats are harmed by wildlife exploitation and unsustainable farming practices.

The exploitation of wild animals as commodities—for their body parts, as pets, or as performers—brings humans into regular physical contact with them. The expansion of factory farming as well, especially the industry’s need for more and more land to grow crops for animal feed, is destroying native habitats and forcing animals into new environments. In fact, the Food and Agriculture Organization (FAO) notes that more than 70% of human diseases are of animal origin, and have a direct relation with our current reliance on animals for food.

What can I do?

In addition to taking precautionary measures for the ongoing outbreaks impacting our communities, there are many ways you can help reduce and eliminate the exploitation of wild animals and the destruction of their habitats. As just a few examples: 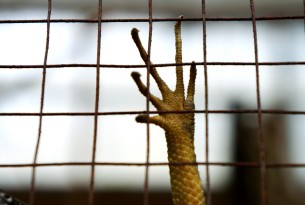 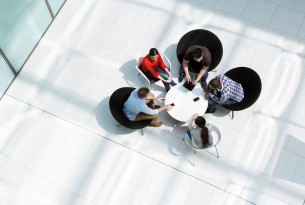