What Is Factory Farming?

Factory farming is one of the largest sources of animal suffering on the planet. Here’s why we need to end it.

We can end factory farming. Together.

Of the more than 70 billion animals farmed annually, 50 billion of them spend their lives on factory farms. They endure short, miserable lives in conditions so horrible they are often prevented from engaging in natural behaviors such as dustbathing, raising their babies, or even lying down comfortably. So, what are factory farms and why do they need to end?

What is factory farming?

Sadly, the majority of farmed animals in the United States—about 99 percent—are raised on factory farms. Many of these farms are family owned. These families are often in debt and taken advantage of by multinational corporations that demand large quantities of animal products. This leaves farmers no choice but to resort to cruel and unhealthy factory farming.

Factory farms are the largest source of animal suffering on the planet. From having millions of animals in cages so small they cannot turn around, spread out, or perform other natural behaviors, intensive animal agriculture aims to maximize profits at the expense of animal welfare.

Mother pigs on factory farms are continuously confined in cages no bigger than a refrigerator, often forced to live on concrete floors. These pigs endure mental suffering, are at higher risk of illness, muscle weakness, or injury, and are unable to turn around or lie down comfortably. Former National Pork Producers spokesperson, Dave Werner said dismissively:

So, our animals can’t turn around for the 2.5 years that they are in the stalls producing piglets. I don’t know who asked the sow if she wanted to turn around…

Undercover investigations into factory farms have found animals languishing in cages, biting the bars surrounding them out of boredom, and a prevalence of sores or other lesions on animals’ skin as a result of rubbing against hard surfaces.

What is living like for an animal on a factory farm?

When farmed animals are treated as mere commodities, their lives are nothing short of miserable.

Due to their overgrown size and quick rate of growth—factory farmed animals have been specifically bred to produce more meat in a shorter timeframe—many chickens on factory farms suffer skin wounds, painful lameness, and overworked hearts and lungs before being slaughtered for food.

Additionally, farmed animals used for food often endure painful mutilations on factory farms without the use of anesthesia. Piglets have their tails and teeth cut to keep them from harming one another in their compact quarters. Many chickens often have their beaks—filled with sensitive nerve endings—cruelly mutilated mere moments after being born. Cows are dehorned and may also have their tails cut off.

Because conditions on a factory farm are so horrendous, farmed animals are fed a low dose of antibiotics each day to help combat illnesses they can—and often do—contract inside factory farms. More than 70 percent of all medically important antibiotics in the country are sold for use in animals. Their routine use in farmed animals leads to antibiotic-resistant bacteria, also known as superbugs, that can be passed on to people. According to the CDC, more than 2.8 million antibiotic-resistant infections occur and 35,000 people die as a result in the US each year.

How can we end factory farming?

By reducing our meat consumption, World Animal Protection expects factory farming to be phased out. Shifting to more sustainable and kinder practices has the potential to put an end to many of the cruel practices farmed animals face today, such as extreme confinement, the overuse of antibiotics, and brutal mutilations. 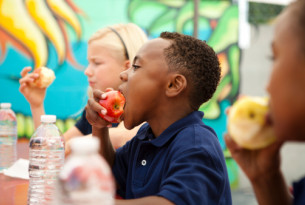 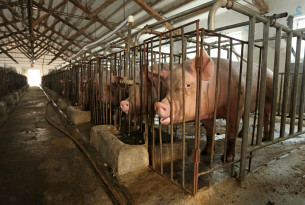