What is Aquaculture? | World Animal Protection Skip to main content

Aquaculture – the raising of aquatic species for human consumption – is on the rise around the world.

Globally, the aquaculture industry has been growing significantly over the past several years. In 2018, the industry produced 90.5 million tons of fish, crustaceans, mollusks, and other aquatic animals, up from roughly 33 million tons in 2000. Most farmed aquatic animals are raised in eastern and southeastern Asian countries (China, India, Indonesia, Vietnam, Bangladesh, Myanmar, Thailand), with Egypt, Norway, and Chile also appearing in the top ten producing countries.

Farming of fish species is primarily occurring inland, meaning in lakes and ponds, raising freshwater species such as tilapia and carp. However, ocean-based farming systems that raise marine species, such as salmon, are increasingly common.

Globally, more than 350 different fish species are raised in aquaculture systems. They evolved in a variety of habitats and environmental conditions, developing highly diverse biological traits. As such, each fish species has unique requirements and needs from their growing environment in order to meet a high standard of welfare.

Unfortunately, today most fish farms are essentially underwater factory farms, where overcrowding, disease, stress, and injuries are common. As with land animals, these conditions lead to routine overuse of antibiotics as a cheap strategy to manage disease. Overcrowding also negatively impacts water quality and increases aggression.

Intensive fish farms also rely on large volumes of wild-caught fish as a food source, and it is estimated that one-fifth of all wild-caught fish are used to feed farmed fish. This is hardly an efficient, sustainable system.

More and more, though, advocates, researchers, and others are calling for increased recognition that fish are sentient creatures deserving of lives worth living and pushing for improved standards in fish farming. Creating aquaculture systems that are sustainable and humane can protect fish and our global water resources simultaneously. 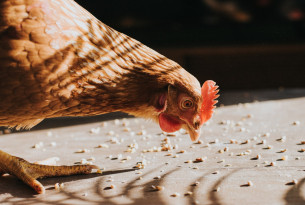 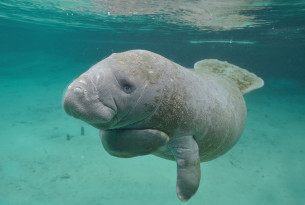