"These animals are the forgotten victims of disasters and the shocking casualties illustrate the sheer scale of intensive farming operations in the United States”- Alesia Soltanpanah, Executive Director, World Animal Protection US

At least 3.4 million chickens and turkeys and 5,500 pigs have been reported to have been killed in the wake of Hurricane Florence, due to the massive flooding caused by the storm’s record-breaking rainfall.

Those figures include at least 1.7 million broiler chickens owned by a single producer, Sanderson Farms. With many farmers still unable to reach their properties to assess damage and livestock health and feed animals, these numbers are expected to rise.

Multiple hog waste lagoons in North Carolina have also been damaged or breached in flooding, threatening local communities with pollution and contaminants. 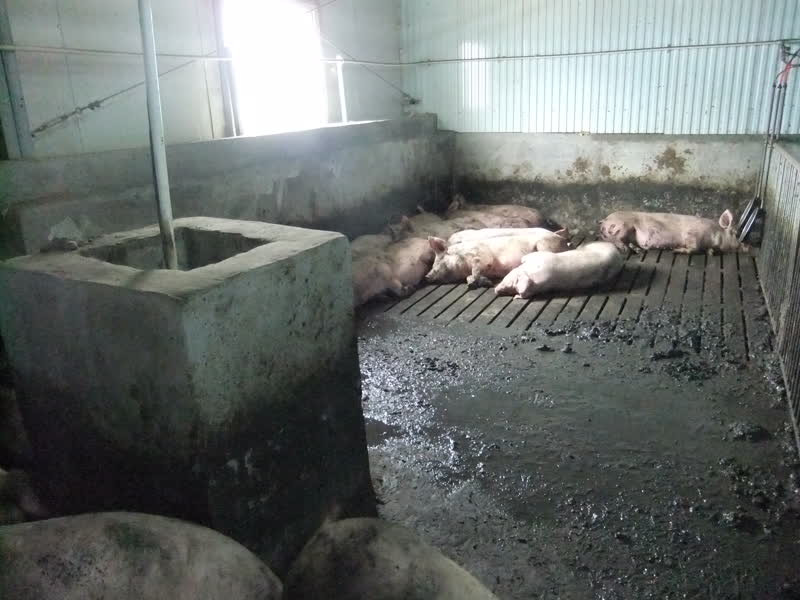 A factory farm in an undisclosed location where growing pigs live in poor quality housing. The floor is covered in excrement and waste - pigs are using the toilet area to rest and the solid floor to defecate.

“These animals are the forgotten victims of disasters and the shocking casualties illustrate the sheer scale of intensive farming operations in the United States,” said Alesia Soltanpanah, our Executive Director here in the US.

“By design, factory farming subjects animals to a life of cruelty and puts animals and local communities at risk, especially during disasters.

It is intolerable that mother pigs will have drowned whilst locked in their cages and that chickens and turkeys had no ability to escape rising floodwaters.

We urge farms to incorporate animals into their long-term disaster management plans and evaluate their infrastructure’s ability to withstand natural disasters.

Chickens and pigs are not mere assets or commodities – they are living, feeling animals capable of feeling pain and suffering.

In North Carolina alone, there are more than 813 million poultry and 9.3 million pigs. Animals in factory farms – and the surrounding local communities -- are inherently vulnerable in the event of disasters.

The animal casualties caused by Hurricane Florence already exceed the death tolls of Hurricane Matthew in 2016, where 1.8 million poultry and 2,800 pigs died.

Factory farming is the largest source of animal cruelty in the world, with pigs and chickens among the most intensively farmed animals on the planet. 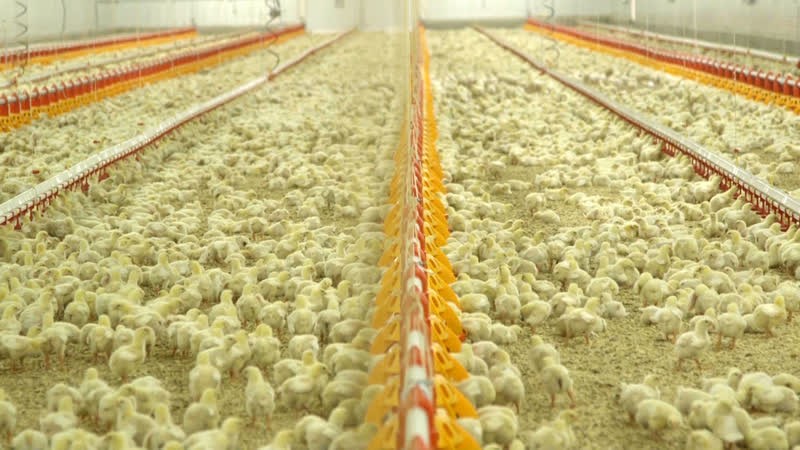 Pigs are highly intelligent and social animals that suffer enormously in confinement.

Chickens are the world’s most farmed land animal, with some 60 billion chickens being reared for meat every year –2/3 of these in intensive farming operations. And meat consumption is only increasing; the average amount of consumed per person globally has nearly doubled in the past 50 years.

The public has the power to help vulnerable farm animals in future disasters – by joining us in calling for an end to factory farming and by choosing to eat meat less often and to choose higher welfare options.

Producers need to treat animals as more than cogs in a machine and to incorporate animal lives into their disaster risk reduction measures.

To learn more about how you can help protect animals in factory farming, sign up to receive our email updates. 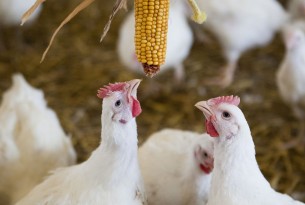