Florence is traveling to the UN’s disaster risk reduction meeting next week with a clear message to governments: Don’t forget animals in global discussions on disaster plans.

Even before the 2018 hurricane caused historic flooding in the region, Florence’s life on an intensive pig farm in North Carolina was one of stress, fear, and discomfort.

Florence was one of more than 8 million pigs raised for food in the state, which has experienced several severe storms in the past decade.

Many farms are near the coast in low-lying areas where land is cheap but prone to flooding.

Housed in a barn with thousands of other sows, Florence spent most of her life confined to barren cages with too little space to turn around or lay down fully.

Although she has strong maternal instincts she nursed her litters from a cage that prevented her from interacting with them freely, and each litter was taken away from her after just 14 days.

She was constantly under stress from the sounds and smells of the barn and had no opportunities to express her natural inclinations to play, socialize, forage, or wallow.

Then the storm came.

While humans evacuated the region or chose to fortify their homes, Florence and millions of other pigs were forgotten.

Owners focused on getting rid of the millions of gallons of manure stored on site ahead of the heavy rains but assumed the hog houses were safe enough.

A small percentage of pigs were moved to higher ground. But the majority were made to endure the storm.

A combination of wind damage, power outages, and floodwaters killed thousands of pigs.

Thousands were stranded for days as workers and owners struggled to access barns in the floods.

Many pigs survived the ordeal and several, like Florence, were found far from their farms having been carried away by flood waters or escaped.

Florence was found by local citizens, who helped her get clean and warm and fully recover from the Hurricane.

Now, Florence wants her story told so the millions of pigs that are still raised for food in the US are better protected from severe storms and other disasters, which continue to increase in frequency and magnitude due to climate change.

She has left her comfortable new home and travelled more than 4,000 miles to Geneva to tell the world: don’t forget them!

To help Florence spread the word about raising pigs right, stay tuned to our campaign page for updates. 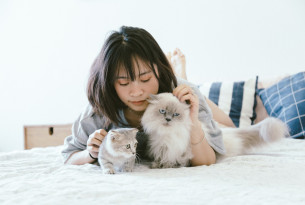 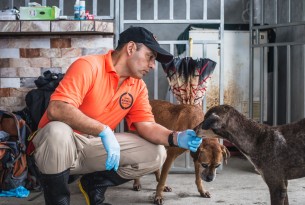