Research shows that captivity has an impact on animals’ brains and the way they behave. Here’s how.

The reality is that the majority of zoos do not meaningfully contribute to conservation and that captivity hurts animals more than it helps them.

If you’ve ever been to see a mammal in captivity, you’ve likely seen them exhibit behaviors they wouldn’t engage in in the wild. Repetitive, often destructive behaviors like swimming in circles, grinding their teeth, and bobbing their heads are all symptoms of the effects of captivity on the animal’s brain. How does an animal’s brain change in captivity, and why is it detrimental them?

Captivity strips animals of their natural habitats, families, and daily activities. Dolphins, for example, are forced to live in containment 200,000 times smaller than their natural habitats. Elephants, who usually walk up to 20 km in the wild, are unable to do anything other than pace around in their enclosures. Researchers, from psychologists to ecologists, have observed strange behavior as a result of captivity, and recent research shows that this behavior is linked to changes in brain structure and function.

Living in an unstimulating, stressful environment has been shown to change the brains of animals from rabbits to humans. Such an environment has been linked to thinning of the cerebral cortex, reduced blood flow in the brain due to thinning capillaries, decreased length in dendritic branches, and less efficient synaptic connections, to name just a few examples. A thinner cerebral cortex, the part of the brain involved in voluntary movement and higher cognitive function, can result in poor decision making and worse memory. The change in dendritic branches and synapses means that captive animals process information less efficiently than those living in their natural habitats.

The chronic stress of living in captivity without any control over their environment leads to learned helplessness, a trauma response that affects the hippocampus, which handles memory functions, and the amygdala, which processes emotions. As a result, a captive animal’s memory and emotions are irregular and some animals have been shown to become emotionally unpredictable. Prolonged stress also disrupts the balance of serotonin and dopamine in an animal’s brain, which can lead to repetitive and often damaging behavior.

A Change In Behavior

These brain changes do not happen in a microcosm. As an animal’s brain changes, so too do their behaviors. The primary change is that animals lose their some of their natural behaviors including food-finding, avoiding predators, and rearing young, and replace them with stereotypic, destructive behaviors brought on by chronic stress and boredom. These new behaviors are often self-destructive, like gnawing on bars and running headfirst into walls. They also show a marked difference between a captive animal and their wild relatives.

Many zoos, aquariums, and other spaces that hold animals captive say they do so with the intention of preserving species. The reality is that the majority of zoos do not meaningfully contribute to conservation and that captivity hurts animals more than it helps them. Make sure to avoid seeing animals trapped in captivity so as to not contribute to these changes in brain and behavior. Instead, look for accredited sanctuaries that allow animals to roam free in their natural habitats. 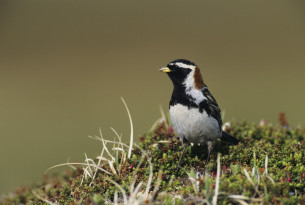 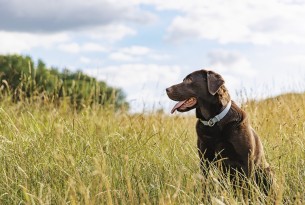