For the seventh year in a row, the Worldwide Empty The Tanks protests were held in various cities globally.

From Japan to Australia and the United States to Latin America, thousands of people collectively raised their voices against keeping marine mammals, such as orcas and dolphins, in captivity.

World Animal Protection was honored to join protests in the United States including Chicago and Miami, as well as in Australia.

More than 75 activists joined our staff at Miami Seaquarium alone. 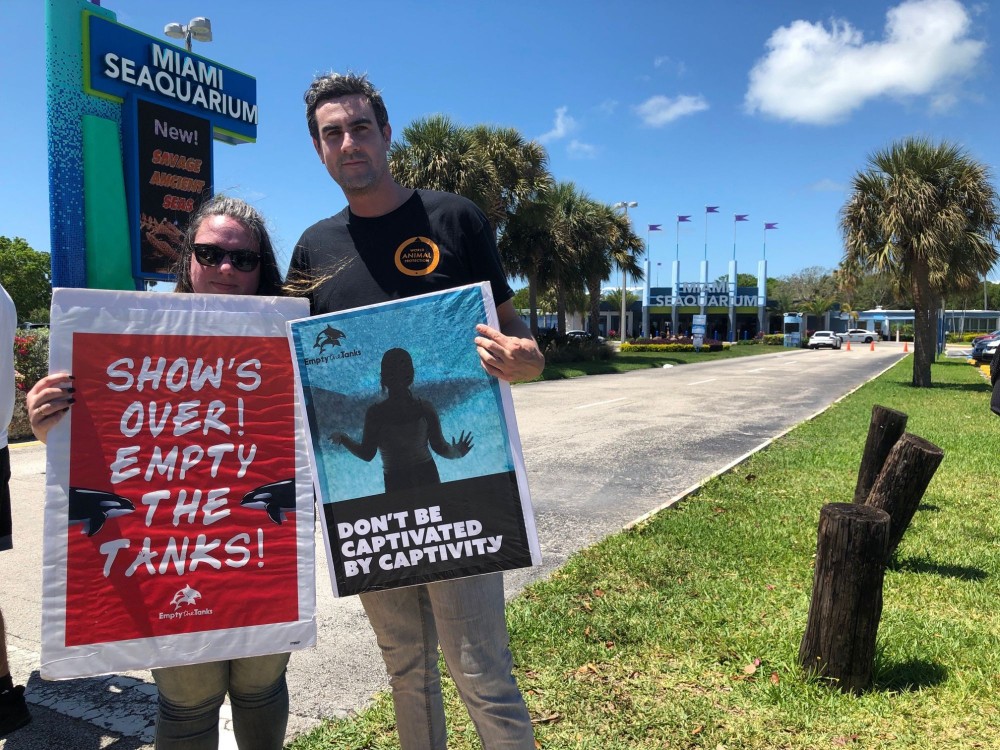 Keeping intelligent animals such as whales and dolphins in captivity, whether captive born or taken from the wild, causes immense suffering to the animals.

As documented in our Case Against Marine Mammals report, released earlier this year, it is unacceptable to house marine mammals in captivity for the purpose of public display and tourist entertainment.

The report revealed that even the largest tanks for captive cetaceans are less than 0.0001% (one millionth) the size of their natural habitat, where the animals swim up to a hundred miles and dive hundreds of feet deep each day.

Lolita (Tokitae), the “world’s loneliest orca”, resides in the smallest orca tank in the United States at the Miami Seaquarium with two Pacific white-sided dolphins.

Their natural environments are nearly impossible to re-create. 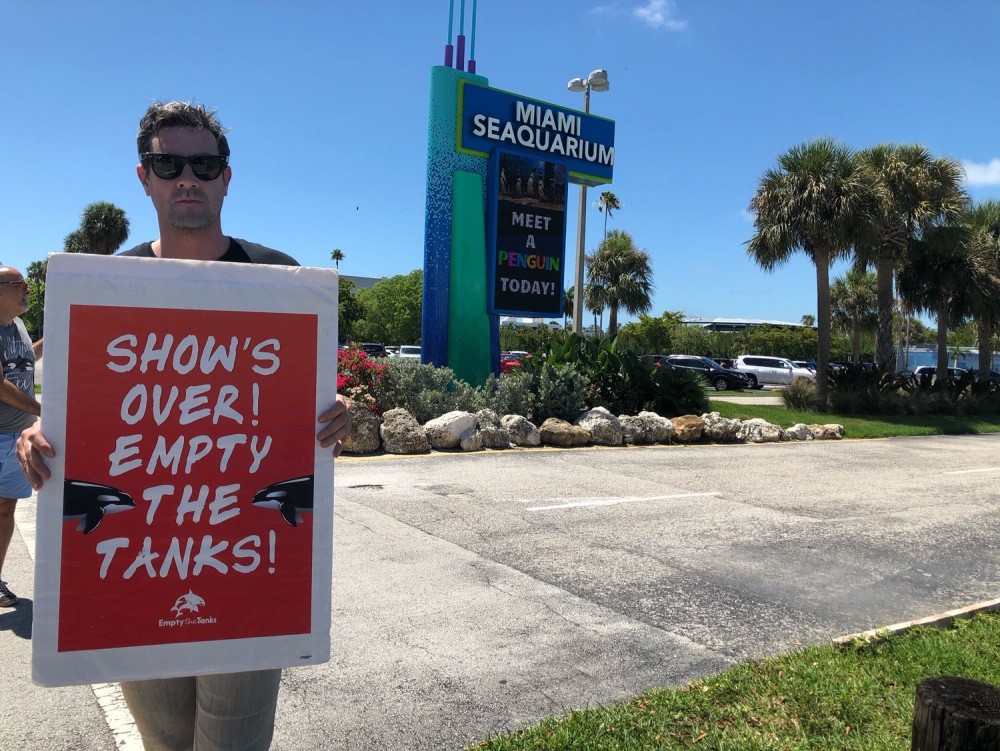 Stereotypical behaviors including floating lifelessly in their tanks (either on the surface or at the bottom), abnormal aggression to tank mates, and self-mutilation are far too common for dolphins and orcas in captivity. 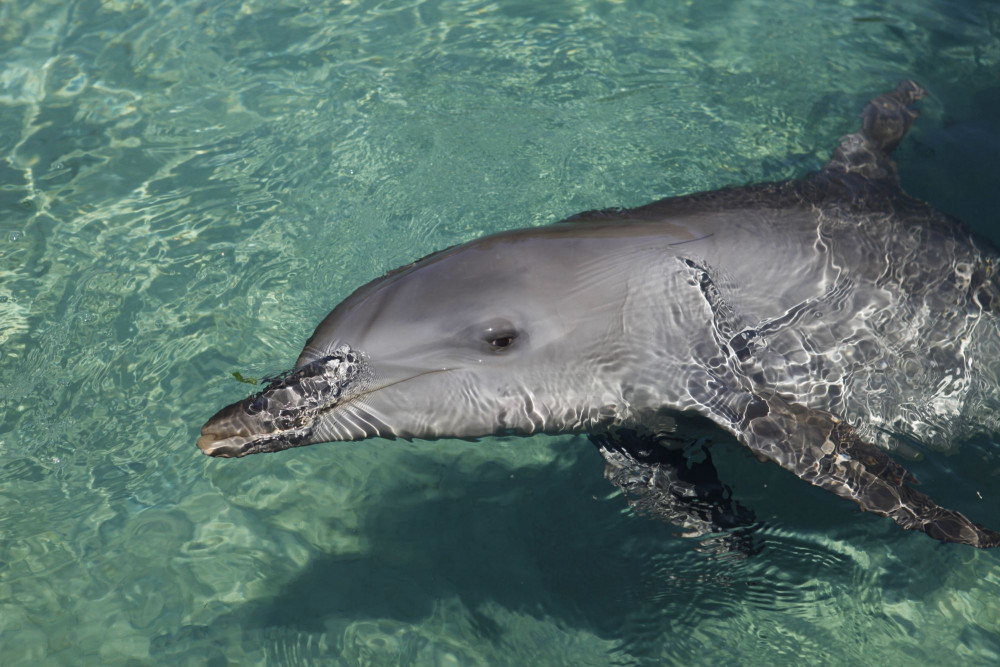 The tide is turning against keeping marine mammals in captivity.

It’s becoming increasingly unacceptable for these intelligent and sensitive animals to be kept in tiny tanks around the world.

Thank you to all of the people who joined the peaceful Empty The Tanks protests around the world.

With your help, we will #EmptyTheTanks.

To get involved in our campaigns, sign up to volunteer. 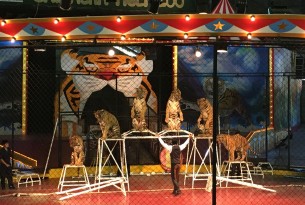