World Animal Protection released a new report uncovering how Groupon has helped some of the worst captive wildlife venues profit from animal cruelty.

Our newest report reveals that Groupon routinely partners with some of the cruelest captive wildlife venues in the US.

Our newest report, Devastating Deals: How Groupon Rakes in Profits from Wild Animal Exploitation, reveals that Groupon routinely partners with some of the cruelest captive wildlife venues in the US. Lurking among Groupon’s deals to restaurants and spas are tickets to roadside zoos (smaller zoos that do not provide adequate care for animals and may offer exploitative interactions), pseudosanctuaries (roadside zoos that misbrand themselves as sanctuaries or refuges), and marine amusement parks with long track records of animal suffering.

The listed venues are only a small fraction of the exploitative deals sold on Groupon. In other words, this is only the tip of the iceberg.

The Eight Venues Profiled in the Report

A pseudosanctuary with a history of big cat suffering and deaths. Nine lions and tigers have died at Tiger Creek just since 2018.

A chain of “interactive” aquariums with a litany of federal violations, animal deaths, and human injuries across its locations. Animals have been drowned, kicked, crushed, and burned to death.

A roadside zoo owned by Mario Tabraue of “Tiger King” fame. The facility has chronic animal care violations and offers extensive interactions with big cats and other wild animals.

A pseudosanctuary that peddles cruel alligator shows and encounters. Visitors pay to hold juvenile alligators with their mouths taped shut, giving the animals no opportunity to retreat.

A marine amusement park with numerous animal care violations and animal deaths. Miami Seaquarium holds Tokitae, a female orca, without orca companionship in what is reportedly the smallest tank in the world.

A pseudosanctuary founded by the Carson & Barnes Circus that offers cruel interactions with elephants through the company Oklahoma Awesome Adventures.

A pseudosanctuary where dozens of nonhuman primates are housed in barren cages. Though it portrays itself as a refuge for nonhuman primates, the facility lost its federal license and later rebranded as a sanctuary.

A petting zoo that offers wild animal interactions, Debbie Dolittle’s has a substantial number of public safety incidents and a history of poor animal care. Malia, a sloth, and a young tamandua both died due to the facility’s ignorance of animal care.

Every time Groupon sells one of these deals, it drives more people to buy tickets and then takes a cut of the sale price. Many reviews on travel sites noted that it was a Groupon deal that encouraged them to visit the venue:

Until Groupon adopts a comprehensive and public animal welfare policy that does not allow exploitative attractions to be featured, these deals will continue, and animals will suffer. Share the report with your friends, and then tell Groupon to act today! 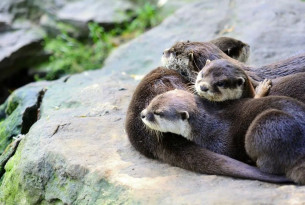 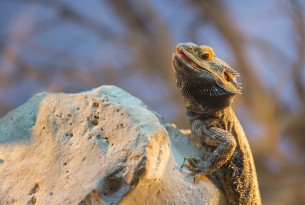