California Is Fur Free as of 2023! | World Animal Protection Skip to main content

Cruelty is out of fashion in California.

Whether trapped, shot in the wild, or farmed in barren cages, there is no way to produce apparel or accessories from animal fur without immense cruelty and suffering.

As of 12:01 am January 1, California’s law banning the sale and production of new animal fur products is officially in effect. Here’s why this historic law is so important.

Fur is cruel! End of story.

Whether trapped, shot in the wild, or farmed in barren cages, there is no way to produce apparel or accessories from animal fur without immense cruelty and suffering. Around 100 million wild animals are farmed and killed globally each year in the fur trade, 95% of whom are bred and confined in cages. The species most commonly farmed by the fur industry are mink, foxes, chinchillas, and raccoon dogs.

Foxes in the wild roam a territory of roughly 4 square miles; cages on fox farms are only 10 square feet. This confinement and inability to express their natural instincts causes incredible psychological distress, leading to pacing in circles, repetitive head nodding, self-mutilation, and even cannibalism of pen mates. To keep their fur profitable, foxes killed for fashion are electrocuted, a method that involves restraining them with neck tongs and placing electrodes in their mouths and rectums. See World Animal Protection and Collective Fashion Justice’s report for more on the true suffering in fur farming.

As the first state to pass a ban on fur sales, California is leading the way. But we can all make a powerful impact for animals by not letting it stay the only state for long. Currently, the vast majority of animal protection laws are at the state level, and local legislators often rely on one state to set the precedent to quickly pass the same or similar laws. We’ve seen this with state laws that ban keeping egg-laying hens, mother pigs, and baby cows in cages and crates.

The momentum and mindset shifts created by many state laws can also lead to nationwide change. In fact, the specific trend of regulations passing in California eventually being adopted nationally has its own term: the California effect.

Puns aside, this incredible law is yet another indication that the tide is turning to make animal fur a thing of the past. Many designers, brands, and stores have committed to no longer selling animal furs and several international fashion weeks have prohibited designers from showing animal fur at their events (New York Fashion Week has sadly not taken this step yet). More and more, people are recognizing that animals are feeling, thinking beings who deserve our respect. They are not commodities and should not be exploited and killed for their body parts.

Learn how you can get involved to help us protect wildlife across the globe. 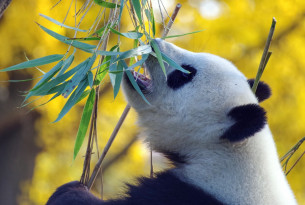 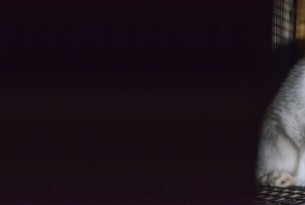