Antibiotics are used routinely to prop up low welfare practices on factory farms and their overuse contributes to the rapid rise and spread of bacteria that are resistant to medicines used to fight infections. Resistant bacteria—called “superbugs”—are carried off farms via water, air, workers, insects, wildlife, and meat, reaching humans and causing life-threatening illness.

Roughly three-quarters of all antibiotics sold each year are marketed for use in farm animals rather than humans. This is because for decades, factory farms have relied on providing animals with continuous doses of antibiotics to maintain the high densities and poor conditions in the barns.

The United Nations considers superbugs one of the biggest global public health concerns of the 21st century. Resistant organisms infect 2.8 million people in the US each year and 35,000 die from these infections. Globally, experts predict that if current practices are allowed to continue 10 million people will die each year from resistant infections by 2050.

Roughly three-quarters of all antibiotics sold each year are marketed for use in farm animals rather than humans. This is because for decades, factory farms have relied on providing animals with continuous doses of antibiotics to maintain the high densities and poor conditions in the barns. The intense stress and crowding would naturally hinder the animals’ growth and development and make them susceptible to disease and infection. Including regular doses of antibiotics in the feed and water for entire herds or flocks, in addition to injecting drugs at various stages throughout their development, is a low-cost way to keep the highly-stressed, immune-compromised animals alive and growing at a fast rate.

The problem of irresponsible use of antibiotics in farmed animals is acknowledged by the World Health Organisation (WHO), the Food and Agriculture Organisation of the United Nations (FAO), and the World Organisation for Animal Health (OIE).

When regularly exposed to low doses of antibiotics, the bacteria on farms that survive develop the ability to continue fighting not only the specific drug, but other drugs like it. Bacteria reproduce rapidly, passing resistance traits on to the next generation and can even share resistance with new bacteria they interact with.

Watch how resistance develops and spreads:

Antibiotics and their residues pass through the animals and into the environment via manure, speeding the evolution of drug-resistance among bacteria in soil and water when manure is sprayed on crop fields as fertilizer. Resistant bacteria can also be found in airborne particulate matter surrounding factory farms. Flies and insects often come into contact with farmed animals and manure and research has found houseflies near US poultry farms carrying resistant bacteria strains.

Reducing use of antibiotics can be achieved by moving to high animal welfare systems. Farmed animals in high welfare systems have reduced stress and improved immunity and resilience to disease. For example, the industry in Sweden weans piglets from their mothers at a minimum of 28 days after birth (compared to at around 18 days in the US), resulting in improved immunity and robustness for the pigs and leading to roughly 100-times fewer antibiotics being used compared to other European countries. Cattle fed pasture tend not to be given antibiotics routinely via feed compared to cattle consuming conventional grain diets. The use of high welfare chicken breeds that grow more slowly allows for substantially lower antibiotic use compared with intensive systems using fast-growing breeds.

Shifting to higher welfare farming practices is critical to solving the antibiotic resistance public health crisis, as is better government regulation that prevents factory farms from misusing antibiotics. Join us in urging the FDA to strengthen regulations on antibiotics used on factory farms. 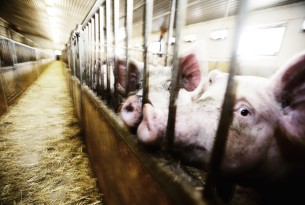 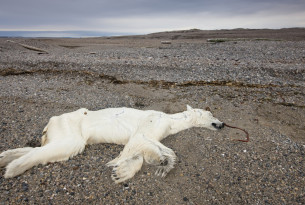