For three decades we have worked, alongside partners and with our supporters, to end the suffering of bears.

Together, we are changing the lives of bears and ending the cruelty and exploitation they endure so that they can live wild and free as they should be. Forever.

In 1992, we launched the ‘Libearty’ campaign, following our investigations across Asia that revealed the true extent of the exploitation and suffering of bears. This set us on a 30-year path dedicated to ending cruelty to bears.

In the same year, we came up with the concept of the bear sanctuary. The first of its kind in the world, the sanctuary is a protected environment where bears live close to nature and are free from cruelty. This meant we now had a way to rescue exploited bears from captivity and safely rehome them.

We then exposed the misery of dancing bears in Greece and Turkey, campaigning to end their abuse--and that was just year one.

For three decades, we have worked alongside partners and with our supporters to end the suffering of bears.

In 1993, we unveiled the illegal blood sport of bear-baiting and started an international campaign to move the Pakistan government to end it.

With our partner Bioresource Research Centre (BRC), we tirelessly campaigned to end bear baiting, started an alternative livelihoods program for bear owners, and opened the Balkasar sanctuary. In 2019, we reported that no bear-baiting events took place in Pakistan.

Taking on the bear bile industry

That same year, our investigations uncovered the horrors of the bear bile industry in Asia. We revealed thousands of bears living in misery and pain for their gallbladder and bile, which are used in traditional medicine. This started one of our most monumental challenges to date--a campaign we are still running today--to end the suffering of bears in the bear bile industry.

In Vietnam, with long-term partner Education for Nature Vietnam (ENV), we have supported the government to phase out the keeping of bears for their bile. Microchipping and monitoring have reduced the number of bears in Vietnam by over 90%. Last month, we supported our biggest rescue to date, with nine bears moved to a sanctuary to live out their days closer to nature.

In China, our work continues with stakeholders, traditional medicine doctors, practitioners, and consumers. We are building support for ending the use of bear bile, with more companies pledging to move towards alternatives and navigating a way out of the industry.

Changing the world for bears for 30 years

With our partners worldwide, we’ve established and supported bear sanctuaries in Greece, Turkey, Hungary, Thailand, Pakistan, India, Romania, and beyond.

We’ve helped close the bear parks in Japan that we first investigated in 1992. Bear dancing no longer happens in Greece, Turkey, or India. Bear baiting events are a thing of the past in Pakistan, and the bear bile industry has ended in South Korea and is dying out in Vietnam.

There are many great moments to mention, but many bears still suffer worldwide. Donate now and help change the lives of bears, ending the cruelty and exploitation they endure so that they can live wild and free as they should be. Forever. 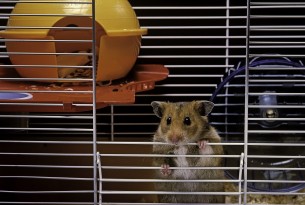 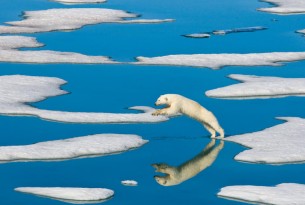