The story of John Walsh

Our storied history of protecting animals in disasters began in 1964 with John Walsh, and his first rescue expedition, Operation Gwamba.

Operation Gwamba (gwamba means jungle animal) was the result of a man-made disaster, when the construction of Afobaka Dam, a new hydroelectric dam in Suriname, caused rapidly rising water levels. Entire islands and roughly 560 miles of tropical rainforest were submerged. Local people were able to evacuate -- but animals were left behind in immediate danger. The Suriname Government contacted World Animal Protection, then known as the International Society for the Protection of Animals. Walsh, a trained animal protection officer, sprang into action.

Walsh bravely agreed to spearhead rescue efforts for animals in the region. Arriving in the region with colleague Bob Smith, Walsh assembled local teams to assist with rescues and went to work, assessing the manifold obstacles and devising strategies to overcome them. World Animal Protection also enlisted the aid of U.S.-based supporters, asking them to send nylon stockings that Walsh and his team could use to tie animals’ legs together to prevent self-inflicted injuries.

Says Walsh: “One of our rules of thumb in picking projects in those days was doing the greatest amount of good for the greatest number of animals for the longest period of time.”

Walsh worked for World Animal Protection for 45 years and spent his entire career helping animals. As the former International Projects Director for World Animal Protection, he waded into flood waters to rescue stranded sloths and fearlessly trekked to war zones to provide food for abandoned zoo animals. He was there to end animal cruelty and suffering wherever he could.

Walsh’s positive influence on animal welfare spans the breadth of his career. We’re lucky to have an extensive collection of his work, which includes picture slides, photos, and news articles. It is a true visual representation of John’s dedication and devotion to animal welfare.

Take a look at some of these wonderful images in the gallery below of John Walsh’s life and work, and of our history. It stands as an exhibit of how World Animal Protection has, and will continue to move the world to protect animals.

Nobody knows when a disaster will strike, please contribute to our disaster relief fund to help us be there when the next disaster happens. 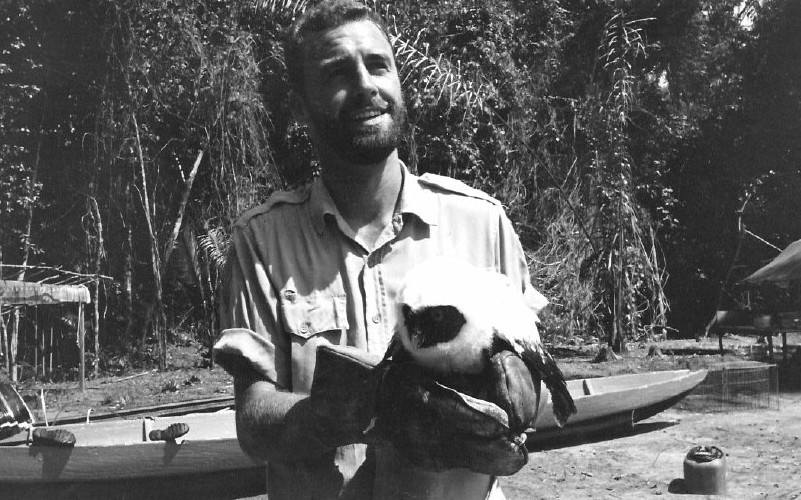