Why You Shouldn’t Do Yoga with Animals

Working out with your favorite animal may seem like an incredible experience, but it can put both animals and humans in harm’s way.

If an experience promises you can touch a wild animal, it’s animal cruelty. Instead of doing yoga with animals, try seeing them in the wild or visiting an accredited sanctuary.

Yes, believe it or not, yoga classes featuring animals are a thing. Its most popular iteration is arguably yoga with goats, where baby goats clomp around beside and even on you as you go about your yoga routine. Too often these events are run by for-profit petting zoos or other nonaccredited organizations, which exploit animals for profit in ways that harm the animal. Other variations, including yoga with sloths and yoga with lemurs, are popular across the US as well.

As fun as this activity may seem, it can hurt both animals and humans. Here’s why.

Any experience where you can interact with unfamiliar animals can put them in harm’s way, even if the activity seems harmless. Animals, including goats and lemurs, can become overwhelmed in crowds, which can lead to abnormal behavior from the animals, including aggression. What’s more, if you were to roll into child’s pose without being too careful, you could injure the animals around you as their movements are often unpredictable.

Approximately 60% of all human pathogens are zoonotic, meaning they were transferred from animals to humans. Humans can contract a number of diseases from goats in particular, including rabies, ringworm, and salmonella. Is the risk of contracting an illness worth exercising with animals? We say no.

If an experience promises you can touch a wild animal, it’s animal cruelty. Instead of doing yoga with animals, try seeing them in the wild or visiting an accredited sanctuary. 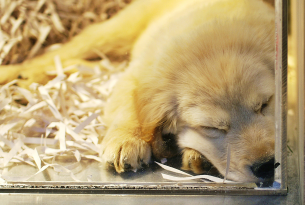 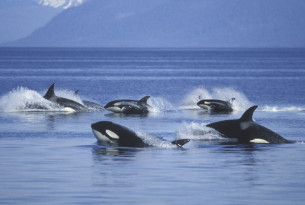