Why Are Reptile Expos Being Allowed To Sell (Apparently Illegal) Tiny Turtles With Impunity?

For the last year, World Animal Protection has been investigating the sale of turtles with shell lengths less than four inches by reptile expos across the country.

The question remains why aren’t health authorities and safety regulators doing more to protect us from reptile-associated Salmonella outbreaks?

The investigation ties some well-known hotel chains and local government-run facilities to the apparently illegal activity. Yet try as we might no-one seems willing to enforce the law.

The sale or distribution of turtles with a carapace(shell) less than four inches in length has been banned since 1975 to reduce the spread of turtle-borne Salmonella infections. Although any sized reptile can carry Salmonella, tiny turtles are especially risky because children are more likely to put these animals in their mouths and not wash their hands after handling them. However, as the CDC points out “tiny turtles are still sold by street vendors, flea markets, and souvenir shops.”

They are also sold at reptile expos.

World Animal Protection has found evidence of what appears to be tiny turtles for sale at all three of the nation’s leading reptile expos: Repticon HERPS, and Cold Blooded Expos.

Turtles for sale at these events appeared to our investigators to be less than four inches in length. In a couple of instances, it was confirmed by the person selling the turtles that the turtles were around 2.5 inches.

In February 2020 at the DoubleTree by Hilton in Bloomington, MN, a World Animal Protection investigator discovered turtles being offered for sale who appeared to have shells less than four inches in length. The evidence was sent to the Bloomington Police who passed it onto a Federal Wildlife Officer at the Minnesota Valley National Wildlife Refuge, who dutifully responded that it had been “given to the US Fish and Wildlife Service Investigators for consideration.” Then crickets! 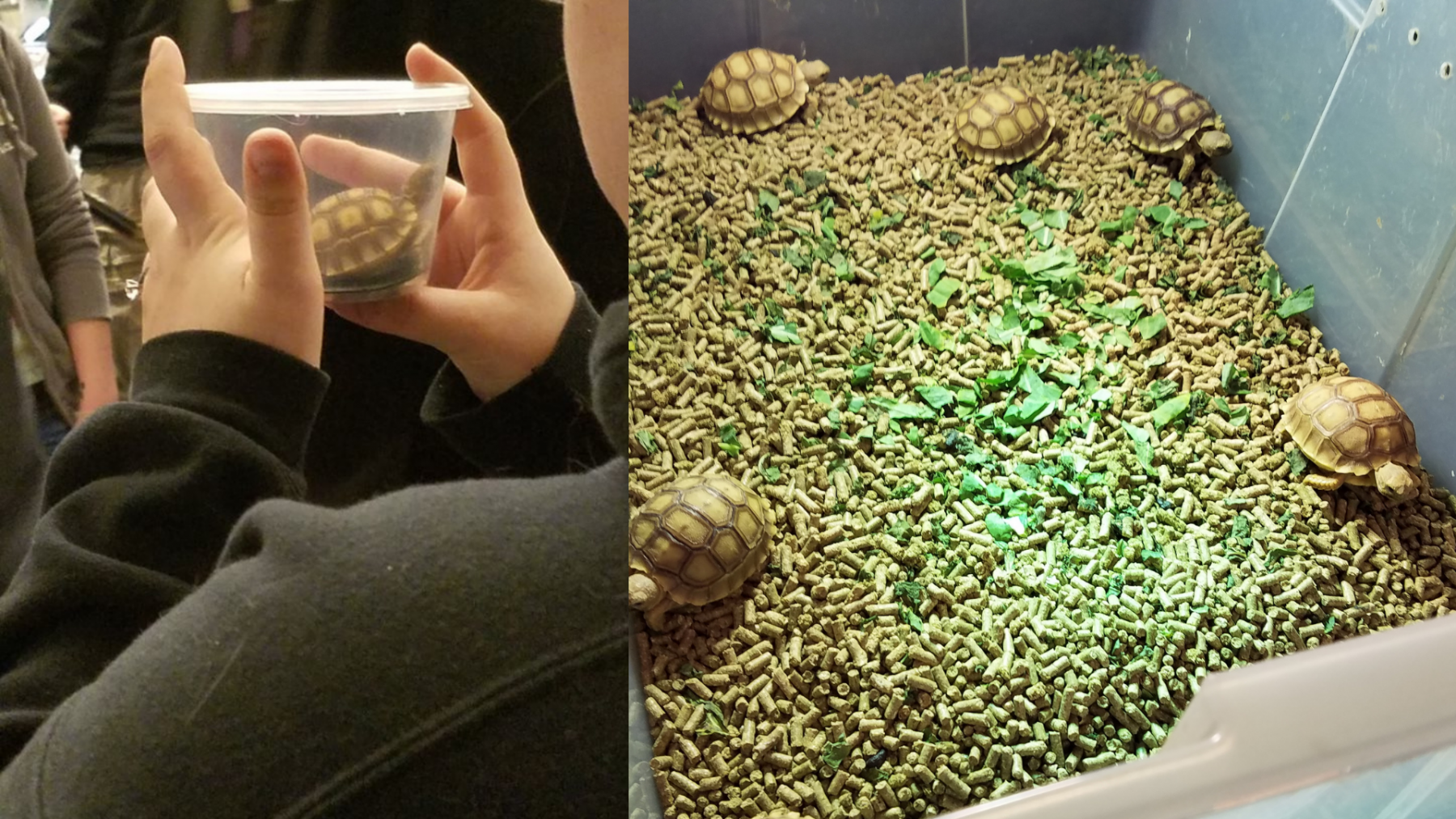 Investigators attended two other Cold Blooded Expos events at Hilton Garden Inn in West Des Moines, IA, in August 2020, and DoubleTree by Hilton Hotel Kansas City – Overland Park in November 2020. Both times the investigators reported seeing turtles for sale who appeared to be under four inches. 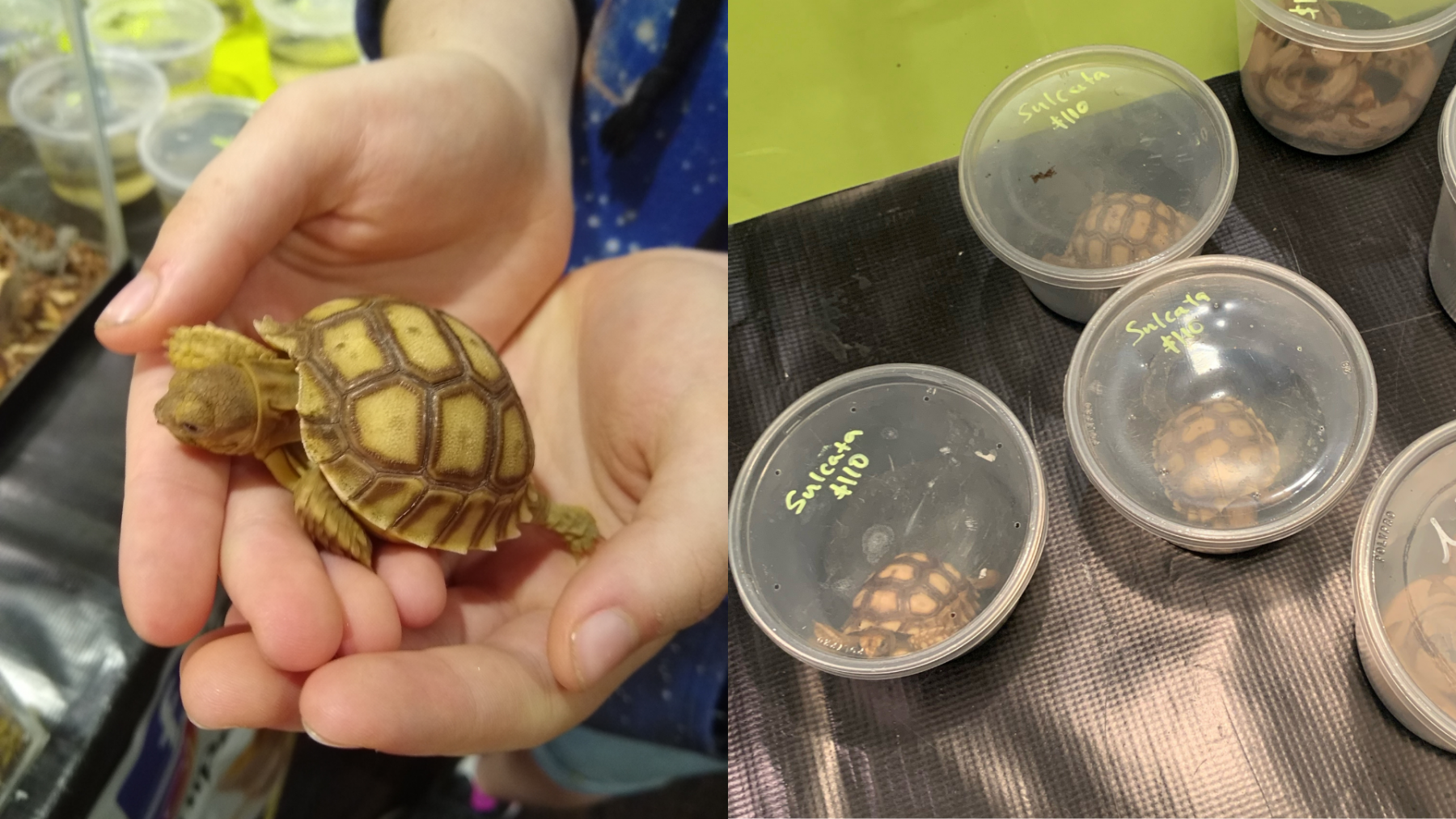 In Kansas City the vendor told our investigator that the turtles they were selling had shell lengths around 2.25 inches. Tortoises are a type of turtle under the law.

While the sale of apparently illegal turtles seems to be out in the open at these events, noticeably absent is any signage warning of the zoonotic disease dangers of handling reptiles—despite the US Centers for Disease Control and Prevention (CDC) making plenty of it available. Nor did investigators witness any attempt to encourage hand sanitizing. Hand sanitizer bottles were often provided on tables but use of them was rarely encouraged. 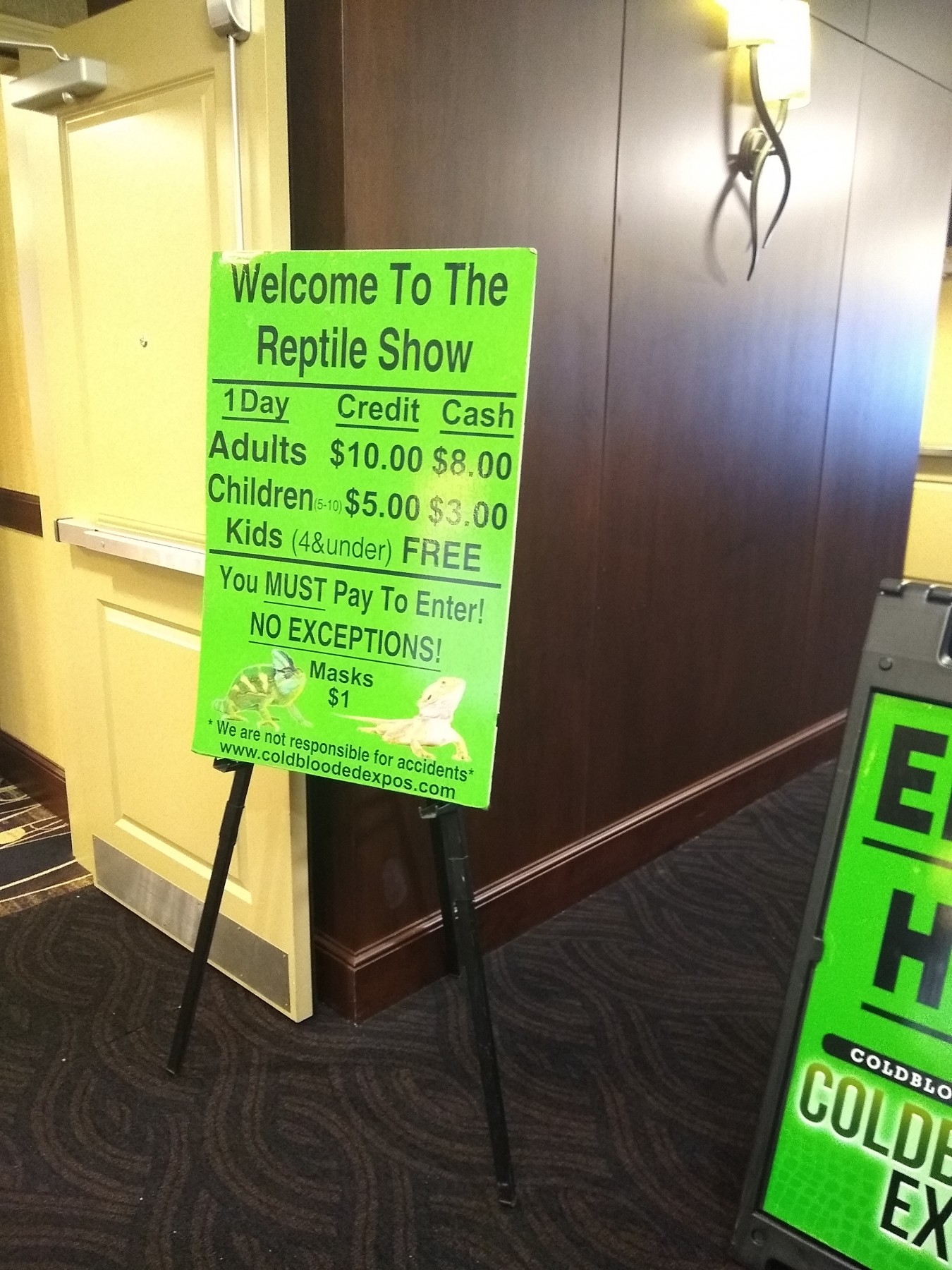 Missing: Signage with the CDC’s warning that reptiles are vectors of zoonotic disease and children under five should avoid contact

Guidance from state public health veterinarians states that along with appropriate signage and handwashing, food and drink should not be allowed in areas with animals, and items such as strollers, pacifiers, cups, and toys should also be prohibited. But investigators saw no attempt to comply with this safety advice, and indeed saw people eating and toddlers being pushed in strollers at many shows.

The apparent sale of illegal turtles does not appear to end with Cold Blooded Expos. Repticon, which is the most active reptile expo in the country, hosting an average of two events every weekend, usually in the southern states along the east coast, also appears to be profiting from this illegal act. World Animal Protection investigators took a photo of a box of turtles with the breeds listed—some of which only grow to a maximum length of four inches. 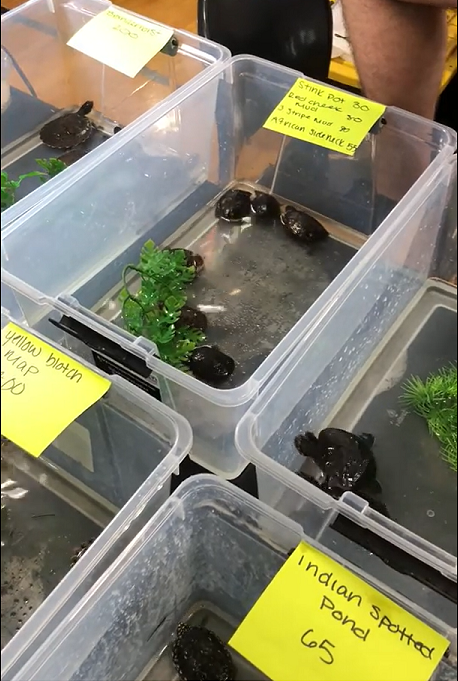 We also found video of a Repticon event hosted by the City of in Melbourne, FL on its Civic Center property. At 4 mins 45 secs of this video, you can quite clearly see a container of turtles who all appear to be under four inches in length.

Our investigators also found this video of a HERPS event in Texas, where at 10 mins 44 a vendor reaches into a container of turtles no bigger than the size of his palm.

Every time we uncovered evidence of these apparently illegal acts, we sent them onto the authorities.

The US Food and Drug Administration’s Center for Veterinary Medicine (CVM) is the body responsible for administering the provisions of the regulation that ban the sale of tiny turtles. The CVM welcomed our complaint but advised that it had the majority of its resources tied into COVID-19 related matters and could only review our findings “as resources and priorities permit.” The CVM compliance team said it had been their experience that state and local public health authorities were able to act more swiftly to address such issues.

Indeed, many state and local health departments have engaged and even acted on our findings. Authorities in South Carolina, Kansas, Florida, and Oklahoma engaged with reptile expo organizers and venue hosts operating in their states to put measures in place to better protect the health of patrons. Others such as in Maryland supported our efforts and provided useful information. Many more including health authorities in Texas, Iowa, Georgia, and North Carolina did not respond in detail to our concerns.

The question remains why aren’t health authorities and safety regulators doing more to protect us from reptile-associated Salmonella outbreaks? COVID-19 is an obvious answer. The pandemic has put a strain on many state and local resources. But if the pandemic has taught us anything it’s that we have to take the threat of diseases transmitted from wild animals to humans seriously.

The American Rescue Plan just allocated hundreds of millions of dollars to federal agencies ($300 million to USDA and $95 million to USFWS) to monitor zoonotic diseases in animals. But it neglected to give the FDA the resources it needs to enforce the ban on the sale of tiny turtles at reptile expos and help prevent zoonotic infections that the CDC estimates affects around 74,000 people a year, disproportionately children.

Hopefully, the new leadership of these huge federal agencies will put their heads together and tackle this dangerous and seemingly illegal activity once and for all. 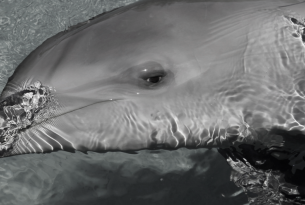 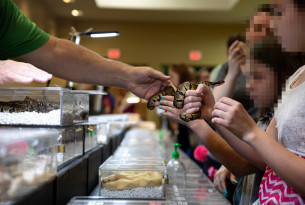