Where Do Tigers Live?

Tigers once roamed all over Asia, but now they are only found in 13 countries.

Sadly, due to human activity like hunting, the global tiger population has dropped by 97% in the last 100 years.

Tigers are among the most iconic of the big cats. From their snarl to their stripes, they’re immediately recognizable. But where do tigers live? Read on to find out.

All in the Ecosystem

Tigers can live in a variety of different ecosystems, including rain forests, grasslands, savannas, and even mangrove swamps. For example, Siberian tigers are found in the mountain forests of eastern Russia, where they have adapted to the harsh conditions including heavy winters. They rely on adequate prey supply, such as wild pigs and antelope, to call a place home.

Tigers once lived across Asia. Sadly, due to human activity like hunting, the global tiger population has dropped by 97% in the last 100 years. Now, the remaining tigers call only the following 13 countries home: India, Nepal, Bhutan, Bangladesh, Myanmar, Russia, China, Thailand, Malaysia, Indonesia, Cambodia, Laos, and Vietnam. Over 70% of the global wild tiger population lives in India alone.

Land development for roads, logging, and human settlements has led to around 96% of the tiger’s natural range being lost in the past 100 years. That combined with high levels of poaching has led to a sharp decline in tiger populations around the world. Tigers are now globally listed as “endangered.”

Zoos, tiger entertainment centers, and other “solutions” that hold tigers captive are poor answers to the threats that face tigers today. Contrary to popular belief, tigers held in captivity will not be released into the wild, so captivity does not contribute to efforts to increase the global wild tiger population. Tiger entertainment opportunities are especially harmful. Tigers used for tourism are subject to many abusive “training” practices that attempt to keep this wild animal docile enough to interact with humans. This includes being chained to concrete platforms for hours on end.

How to Help Tigers

First, though more tigers live in captivity than in the wild, never see a tiger in captivity. Opt instead for seeing them in accredited sanctuaries that allow them to roam freely. Take special care not to view tigers in tourism settings, as those settings are abusive to wild animals. Additionally, urge your federal legislators to support the Big Cat Public Safety Act, a critical animal protection bill that would prohibit the private possession of big cats in the US including tigers. Tigers belong in the wild, not someone’s home. 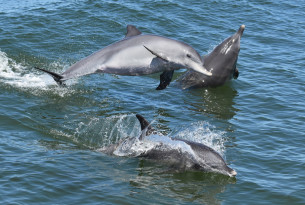 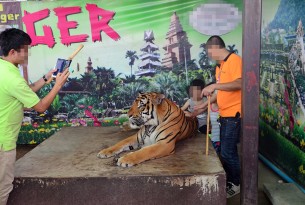