Our new investigation exposes the shocking scale of a worrying new craze on YouTube – the rise of videos depicting fake animal rescues.

World Animal Protection is urging YouTube to fulfill its public pledge made in March 2021 and act quickly to review and remove videos that depict this type of horrific animal abuse.

In these videos, an animal, such as a monkey, dog, or reptile, is filmed to be the “prey” and is set upon by a large “predator,” such as a snake or crocodile.

The videos show scenes such as a panicked monkey being trapped in the grip of a reticulated python, as they desperately try to break free. In these clips you can hear the terrified cries of the animals. While the “prey” animals are eventually “rescued,” they face visible distress and trauma, and shouldn’t have been in such a terrifying situation in the first place. This cruelty is set-up and inflicted just for entertainment.

In total, World Animal Protection found over 180 different fake animal rescue videos published on YouTube between October 2018 and May 2021, seventy of which were uploaded in 2021 alone, signifying a worrying upsurge in this cruel type of entertainment. The 50 most viewed videos collecting an astonishing 133.5 million views.

At the time this report was published, some of the fake animal rescue videos had been taken down in response to media attention focused on this issue. However, the vast majority of the content described in this report was still publicly available.

Read the full report - Views that Abuse: The rise of fake “animal rescue” videos on YouTube.

Warning: The following video contains graphic footage and may be disturbing for some viewers. Viewers’ discretion is advised.

On March 25, 2021, YouTube pledged to address this animal abuse, but since their public pledge, fake rescue videos have continued to be uploaded to the platform. Between March 26, 2021, and June 1, 2021, World Animal Protection identified 47 newly uploaded videos posted across 15 different channels. At the time of this discovery, the videos had received more than 7 million views and 2.7 million subscribers.

Animals included in some of these fake rescues include domesticated animals such as chickens, ducks, puppies, and cats, and several predator animals, that are wild, all exploited for entertainment and profit.

These films put animals and people unnecessarily at risk and cause animals extreme stress. One disturbing video shows a panicking Lar gibbon desperately trying to escape a Reticulated python while another shows a mother cat trying to protect her kittens from another constrictor.

During the filming of these videos, “predator,” animals are shown being bit, scratched, pecked, and otherwise injured by the “prey” as well as being prodded with sticks, roughly handled, and injured by the human during the “rescue.”

Sadly, these charades are likely to be repeated several times to ensure the “best footage” for maximized views and shares is captured.

Whether prey or predators, these sentient beings are not props, playthings, or entertainers for shocking YouTube videos.

World Animal Protection is urging YouTube to fulfill its public pledge made in March 2021 and act quickly to review and remove videos that depict this type of horrific animal abuse.

The longer these types of clips stay online, the more people view them and the greater the risk they will spawn copycats elsewhere.

YouTube must step up its responsibility and publicly share its plans to proactively prevent this type of cruel content from being uploaded in the first place. 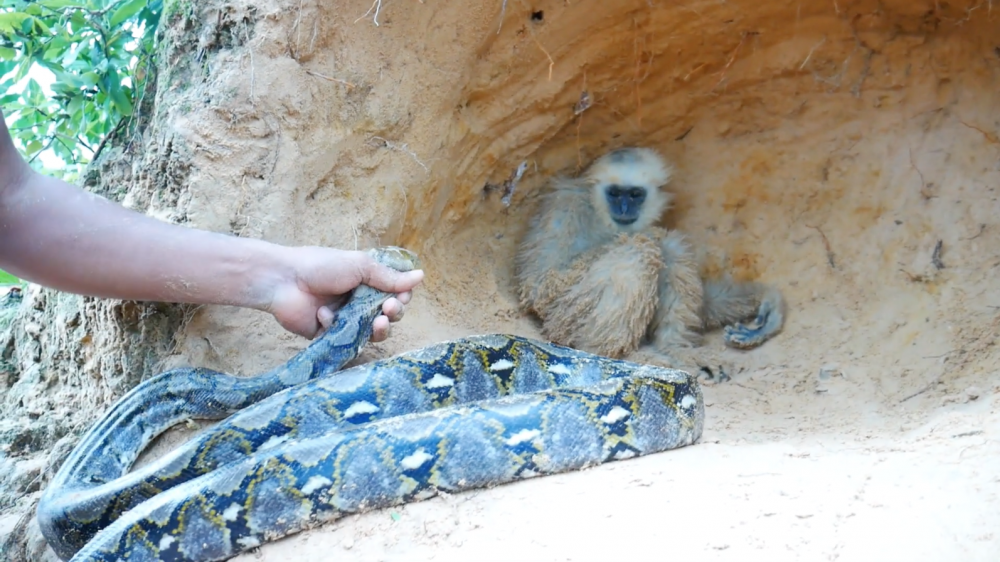 How to spot a fake rescue video

Launched in 2015, our Wildlife Not Entertainers campaign is moving the wildlife tourism industry away from cruel forms of entertainment, such as elephant rides and shows, towards positive wildlife experiences where tourists can see wild animals in the wild or true sanctuaries.