3 Reasons You Shouldn’t Buy a Bird

Birds suffer in captivity. They don’t belong in human homes.

People who purchase birds are often shocked to find out how miserable their new bird is. When the bird starts screaming constantly, being aggressive, and tearing their feathers out, they quickly become overwhelmed.

Millions of birds are captured from the wild or bred in cruel breeding mills to be sold as companions to humans. Some birds are sold online for thousands of dollars. Other species, like parakeets and conures, are sold at PetSmart and Petco for less than $50. On January 5, National Bird Day, we remember all the birds who are suffering in this industry.

Here are the top three reasons you should never buy a bird:

It doesn’t matter whether they were born in captivity or the wild, birds are wild animals with complex physical and psychological needs. In the wild, a bird’s habitat stretches for miles. In a human home, they have a tiny fraction of that space. The standard bird cage is 27 million times smaller than a Quaker parakeet’s range in the wild. Despite this, PetSmart and Petco continue to sell Quaker parakeets, giving people the false impression that these animals can be happy in cages.

Most bird species are born to fly. Flight is a fundamental behavior and critical to their physical and psychological well-being. When they’re confined to cages or rooms, birds become frustrated and stressed. Many captive birds exhibit stereotypic behaviors such as ripping out their own feathers, pacing, and obsessive pecking at cage bars. To learn more about the negative impacts of captivity on birds, watch our past webinar with guest speaker, Karen Windsor, of Foster Parrots.

Birds are social animals. It’s not possible to fully meet their social needs in captivity, even when birds are housed in pairs. But they’re usually purchased singly, meaning a bird who was born to flock is left without even a single other bird for companionship. Lack of socialization is another reason that birds kept in people’s homes engage in destructive compulsive behaviors like feather plucking.

People who purchase birds are often shocked to find out how miserable their new bird is. When the bird starts screaming constantly, acting aggressively, and tearing their feathers out, people quickly become overwhelmed. This is why it’s common for birds to be passed to other family members or friends, changing hands multiple times over their lifetimes. Other birds are relinquished to overwhelmed sanctuaries or shelters. Still others are left to languish in a dark room, ignored until they die.

Pet stores get birds from cruel commercial breeding facilities called mills. Birds are kept in small, tiny cages without enrichment. Illness and injuries are ignored, and many birds die before even reaching the pet store. In mills, babies are usually removed from their parents prematurely in order to induce reproduction in parents. Removing babies from their parents is not only cruel, hand-reared birds can develop socialization problems and, when handled by inexperienced pet store staff, may starve or be injured if hand-fed improperly.

We’re working to make a future where every bird lives free in the wild. Join us by tweeting at PetSmart and Petco and telling them birds don’t belong in cages. Don’t use Twitter? Send an email instead telling PetSmart and Petco to stop treating animals like products—starting with reptiles and amphibians. 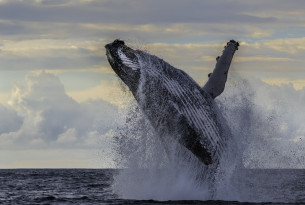 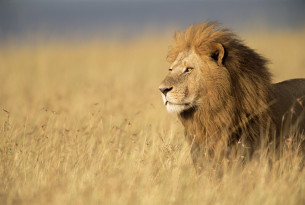