Countless PetSmart groomers and the dogs in their care have suffered under the leadership of private equity firm BC Partners.

While World Animal Protection’s mission is to move the world to protect animals, we strive to support all movements working to build a more compassionate world. All of us, whatever species we may be, deserve to be treated with dignity.

A new report from United For Respect uncovers the negative impact that private equity firm BC Partners has had on PetSmart workers and the animals in their care. In 2015, BC Partners acquired PetSmart and then Chewy, the online pet retailer, two years later. The move was financially lucrative: A recent Forbes article about chairman Raymond Svider’s foray into the pet industry notes that BC Partners investors are now “sitting on a $30 billion windfall.”

While investors celebrate, PetSmart workers and animals aren’t faring as well. United For Respect has stepped in to work with PetSmart employees to protect their rights with their #PetCareOverProfits campaign. Their new campaign report Greed Unleashed details the poor treatment of PetSmart workers under BC Partners as well as how a lack of sufficient staffing, training, supplies, and equipment is jeopardizing the care of animals in PetSmart stores.

Dog deaths have doubled under BC Partners’ leadership, from 15 deaths between 2008 and 2014 to 36 between 2015 and 2021. These figures are based on an extensive investigation by NJ.com into dogs who died during or after being groomed at the retailer. NJ.com spoke to former employees who alleged the company’s groomer training “can fall short of what’s advertised” and that they’ve “seen unprepared trainees rushed into stores because of short-staffing, putting dogs at greater risk of injury.” Some employees also felt “ignored or retaliated against when they spoke up about safety concerns and wrongdoing by colleagues.”

Last July, more than 500 PetSmart employees signed a petition to BC Partners requesting personal protective equipment, hazard pay for those required to work, and severance for people laid off during the COVID-19 pandemic. This fall, employees sent a second petition asking for better safety protocols, paid time off, severance benefits, and a larger vaccination incentive. They have not yet received a response to either letters.

Amplifying the Call for Worker Protections

For the past several years, World Animal Protection has urged PetSmart to stop supporting the destructive wildlife trade and phase out the sale of reptiles and amphibians in its stores. Worker well-being and training is closely linked to animal treatment because poorly trained, stressed workers will not be able to provide animals—whether in the store for grooming services, boarding, or for sale—with the care they need.

We stand in solidarity with workers fighting to be treated fairly. We share United For Respect’s call for PetSmart to do better for workers and animals by providing, among other improvements, a guaranteed $15 minimum wage, a safe work environment, employer-paid healthcare for all employees, prioritization of animal safety by providing adequate safety, training, and equipment, worker representation on the Board of Directors, and a severance policy.

While World Animal Protection’s mission is to move the world to protect animals, we strive to support all movements working to build a more compassionate world. All of us, whatever species we may be, deserve to be treated with dignity. 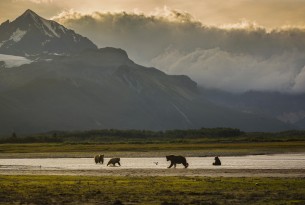 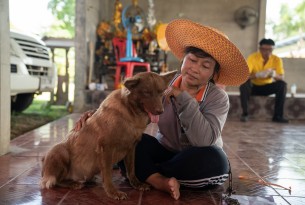