A new, community-driven artform is taking the animal protection movement by storm.

Endangered Empire selected the Cardano cryptocurrency (ADA) blockchain as the platform on which to release their artwork because Cardano is recognized as the “green” cryptocurrency, being designed to use vastly lower amounts of energy than other cryptocurrency systems.

World Animal Protection is proud to become an official partner of Endangered Empire, an international organization and the first of its kind on the Cardano blockchain that aims to rescue, restore and rebuild nature’s most endangered and vulnerable species by crafting and auctioning digital art.

“This partnership isn’t only a new frontier in fundraising, it’s a project that brings the art community and the tech industry together, all for the benefit of the animals. We are excited to welcome Endangered Empire to the World Animal Protection family.”

Non-Fungible Tokens, or NFTs, are a new technology that has become a cultural force ever since the first-ever NFT created sold for $1.4M. They exploded into mainstream news last year, and Reuters recently reported that this new digital art market ballooned to $2.5B in sales during the first half of 2021. During that same timeframe, the CEO of Twitter sold an NFT for nearly $3M and donated the proceeds to charity.

NFTs are digital manifestations of items like pieces of artwork, now increasingly sought after by art collectors and investors and championed by celebrities and other influencers. These creations are built on “blockchain” technology, the same type of platform that makes trading cryptocurrencies like Bitcoin possible. Because of their popularity and value, NFTs are becoming a major force in charitable fundraising.

While the cultural significance of this new form of art is continuously emerging, NFT sales have been generating massive online sales, and Endangered Empire wants to donate a portion of the proceeds to protect animals. Founded by Christian “Chino” Nelson, an animal advocate, electrical engineer, and art enthusiast, the org will issue a continuous series of hand-drawn algorithmically generated NFTs featuring one endangered or vulnerable species per each series release.

“We have two equally important goals in mind. One being to raise awareness for and eliminate the decline of these species. The second is to give our community one of the most appealing NFTs in the space while rewarding collectors and the community,” says Nelson.

The partnership between World Animal Protection and Endangered Empire is pioneering a new philanthropic innovation. On the technical backend, choices were made deliberately to maximize impact. Endangered Empire selected the Cardano cryptocurrency (ADA) blockchain as the platform on which to release their artwork because Cardano is recognized as the “green” cryptocurrency, being designed to use vastly lower amounts of energy than other cryptocurrency systems. Cardano’s founder, also a co-founder of Ethereum, estimates that it uses “less than 0.01% of the [energy] used by the Bitcoin network.”

For more information on the project, please visit http://www.endangeredempirenft.io/. 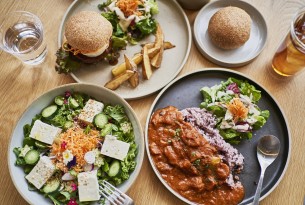 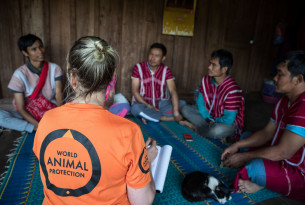 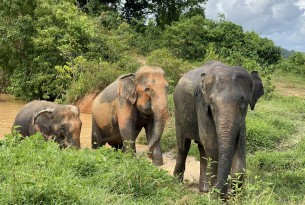