Not only do dogs know how to read us, they can also cause physiological changes in our bodies that encourage us to love them even more.

The story of Bruno, a lucky dog from Kenya

Dogs were the first animals to be domesticated by man, approximately 15,000 years ago (Serpell, 1995). Today domestic dogs come in many different shapes and sizes, from the mighty Great Dane to the tiny Chihuahua.

All these breeds originated from the grey wolf. It may be hard to believe, but the dogs we share our lives with are still genetically very similar to wolves, despite the thousands of years that have passed.

In tune with our emotions

Scientists are learning more and more about the complex abilities of dogs.

Research has proven that dogs are sensitive to our feelings. When shown pictures of people with typically happy and angry expressions on their faces, dogs are able to distinguish between the positive and negative emotions they expressed (Albuquerque et al., 2016). Usually this only happens between members of the same species, so it’s unique to see such understanding across different species.

Helping the bond with hormones

Not only do dogs know how to read us, they can also cause physiological changes in our bodies that encourage us to love them even more. When dogs stare into our eyes, oxytocin (also known as the ‘love hormone’) increases in both us and them. Similar results are seen when mothers look into the eyes of their babies (Nagasawa et al., 2009).

Dogs are kept and bred for many different reasons.

Some are ‘pampered pooches’ regarded as members of the family, others are viewed as protectors or workers, and in some cases, dogs are viewed as meat for human consumption.

This vast spectrum in the way humans view and treat dogs gives just a hint of the many welfare problems they face.

Even when considered beloved members of the family, they often experience emotional stress when left alone even for short periods of time. The fashionable penchant for big eyes and flat faces in our pets, leave many dogs in ill health and immense suffering each and every day due to health problems caused by selective breeding of certain characteristics. And in some communities, thousands of dogs are inhumanely killed, due to fear of diseases like rabies. It is estimated that up to 10 million dogs are culled each year for that reason – 18 per minute.

The Better lives for dogs campaign aims to improve the lives of 50 million dogs by 2020, as well as give out another 1 million vaccinations. This will provide a humane, sustainable solution that gives these sensitive, intelligent animals a chance at life.

Regardless of how they are perceived, or their size or shape, science has proven that all dogs feel complex emotions and have the ability to physically and mentally suffer, which should be acknowledged and recognised.

You can support Better lives for dogs by signing petitions to lobby governmental change or by signing up to hear more about our vital work. Keep an eye out on our Facebook and Twitter pages for more information. 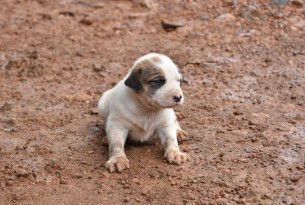