Yes, whales are endangered and it’s not just because of whaling.

Did you know dolphins are also whales?

Whales are the largest animals on Earth, but their great size has not been able to protect them from the many threats caused by humans. Today, several whale species are listed as endangered due to shipping strikes (a collision between a boat and a marine animal), noise pollution, climate change, and many other factors.

When a species is considered endangered, they fall into either the Critically Endangered, Endangered, or Vulnerable category.

Why are whales endangered? Let’s look into five different species and find out why.

Only recently identified as a distinct species, the Rice’s Whale is only found in the Gulf of Mexico. There are only 50-100 individuals in the wild, which makes them Critically Endangered and the most endangered whale species in the world. Since the Gulf of Mexico is a highly trafficked area, noise pollution, shipping strikes, and continuing oil and gas development are significant threats to this species.

How does noise pollution impact whales?

Noise pollution in the ocean (from human activity such as shipping, oil exploration, and sonar) damages their hearing and disrupts normal behaviors such as feeding, reproduction, and social behavior. Scientists also believe noise pollution leads to more collisions between whales and boats. Since many whales use echolocation (the use of sound waves to locate objects), the constant noise prevents them from locating and avoiding vessels that are nearby.

With fewer than 350 individuals left, the North Atlantic Right Whale is struggling to recover from the former whaling industry and is considered Endangered. Known for swimming slowly and floating to the surface when killed, they were called “right whales” because they were considered the “right” whales to hunt. The species migrates every year along the Eastern United States, traveling over 1,000 miles. Along the journey they are at risk of becoming caught in fishing gear and drowning (called “entanglement”), shipping strikes, and the impacts of climate change on the ocean.

Known as the largest animal on Earth and weighing up to 400,000 pounds, the Blue Whale is considered Endangered. Blue whales are significantly threatened by climate change. Increasing ocean temperatures are decreasing populations of krill (a main food source), which means whales need to search longer to get enough to eat. This is also disrupting their migration patterns. Other threats to blue whales include shipping strikes and entanglement. The good news, though, is that their populations have begun to recover. According to the IUCN Red List of Threatened Species, up to 15,000 individuals exist today.

The Sei Whale, one of the fastest whale species in the world, is considered Endangered. Ocean pollution from toxic chemicals and plastics is threatening their health and survival. Fortunately, their population has increased recently, with over 50,000 individuals estimated in the wild today. “Sei” Whales get their name from the Norwegian word for pollock (a species of fish), because they’re often found in the wild together.

From the early 17th century until as recently as 1986, humans hunted whales for their oil, meat, and body parts. The International Whaling Commission (IWC), the organization responsible for regulating whaling, placed a global ban on commercial whaling in 1986 (the US outlawed whaling in 1971). While whaling is illegal in most countries, Norway, Japan, and Iceland continue to engage in the practice. During the global whaling period, scientists estimate that whale populations declined by 66 to 90 percent from pre-whaling numbers.

Interested in learning more about dolphins (did you know dolphins are also whales)? Sign up to Join the Pod today, and you’ll receive articles, videos, and additional content on wild dolphins, as well as information on how to help dolphins living in captivity. 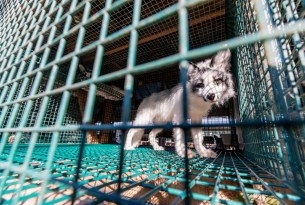 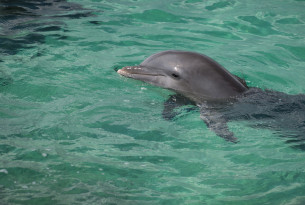