The Animal Welfare Act is supposed to protect animals used in zoos, circuses, research, and more. But it’s failing, and animals are suffering. With your help, the Animal Welfare Enforcement Improvement Act could change that.

Beyond the limitations of the AWA itself, the USDA has a terrible track record when it comes to enforcement. Instead of enforcing the law, the agency continually renews the licenses of exhibitors (zoos and circuses) that don’t meet the minimal welfare or safety requirements.

The Animal Welfare Act (AWA) is the US’ primary federal law protecting animals. Enacted in 1966, it regulates the use of many animals in exhibition, in research, and some commercial transporters and breeders, such as zoos, circuses, labs that use animals in research, and puppy mills.

Unfortunately, the AWA has significant problems, for example:

Despite the AWA, roadside zoos still routinely keep bears and nonhuman primates in small, barren cages. And an alligator used in exploitative performances, like “gator wrestling,” has no protections at all.

The USDA is Leaving Animals to Suffer

Beyond the limitations of the AWA itself, the USDA has a terrible track record when it comes to enforcing the law. The agency continually renews the licenses of exhibitors (zoos and circuses) that don’t meet the minimal welfare or safety requirements. Facilities with numerous animal deaths and human injuries have gotten a free pass for decades.

“It feels like your hands are tied behind your back. You can’t do many things you’re supposed to when it comes to protecting animals. You’re seeing inspectors so frustrated they’re walking out the door.”

– Denise Sofranko, veterinarian who spent 20 years as a USDA inspector

An in-depth report from National Geographic in the fall of 2021 details the extent to which the USDA prioritizes business interests over the welfare of animals. For example, in 2017, USDA inspectors at the Monterey Zoo found a squirrel monkey alone in a cage with a chain around their waist, elephants with a painful skin condition, a rodent who died without receiving veterinary care, and a kangaroo with tremors and vision loss. Yet the USDA’s official inspection report included none of these possible violations and stated the Monterey Zoo was in compliance with the AWA.

This isn’t a new problem, there are countless examples of zoos and circuses with staggering records of animal suffering which the USDA has ignored. At Cricket Hollow Animal Park in Iowa, animals died from exposure to harsh weather, were kept in small, dirty enclosures, and five tigers died due to inadequate veterinary care, among many other AWA violations. The Animal Legal Defense Fund sued the USDA in 2014 for renewing Cricket Hollow’s license.

But this could change with your help.

The Animal Welfare Enforcement Improvement Act, introduced by Congressman Krishnamoorthi, would increase oversight and transparency in the AWA—ensuring more animals are protected from cruelty. The bill would strengthen the AWA licensing and renewal process and hold zoos that don’t follow the law accountable, including:

Your advocacy could make the difference in whether this bill becomes law! Take a moment to urge your US representatives to co-sponsor the Animal Welfare Enforcement Improvement Act today. 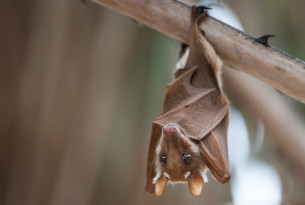