Spread your wings this game day by choosing plant-based options.

Every chicken has only two wings. So at least 710 million chickens will have to endure horrific suffering at factory farms before ending up on grocery shelves or restaurant menus.

710 Million. That is the estimated number of chickens who will endure horrific suffering to supply chicken wings for the Big Game this Sunday.

Based on predictions from The National Chicken Council (NCC)—the lobbying group that represents the most powerful players in the chicken industry in the United States—1.42 billion chicken wings will be consumed by Americans during the 2022 Big Game. The group even brags that this number of wings could “circle the circumference of the Earth 3 times.”

These numbers are nothing to be proud of.

Every chicken has only two wings. So at least 710 million chickens will have to endure horrific suffering at factory farms before ending up on grocery shelves or restaurant menus.

Chickens raised for meat are bred to grow at an unnaturally fast rate which causes them immense pain, lameness, heart issues, and breathing problems. They live crammed into sheds by the tens of thousands, with no chance to perform any of their natural behaviors. Finally, they are killed while still babies, at merely 5 to 6 weeks old.

What’s more, the factory farming of chickens has severe consequences on the environment. The waste from industrial chicken farms — which often encroach on wildlife habitats or low-income communities — heavily pollutes waterways and erodes soil health. Growing feed for chickens contributes to greenhouse gas emissions, one of the main culprits of climate change, and heavy use of hazardous pesticides.

Chicken consumption can also carry health risks. An estimated 1 million people get sick from eating chicken every year in the US. Recent peer-reviewed research studying the relationship between meat intake and common illnesses found that regular consumption of chicken meat was linked to numerous diseases.

So how can you help?

Chickens are sensitive animals who recognize faces, dream, and purr, just like the cats that share our homes. They do not need to suffer for people to enjoy their weekend celebrations. You can make a difference by choosing and spreading the word about delicious plant-based options that are satisfying and kinder to animals and the environment.

Score your own touchdown this weekend by trying one of these delicious plant-based snacks:

If you are hungry for more, sign up for Meating Halfway to receive our free guide containing delicious plant-based recipes. 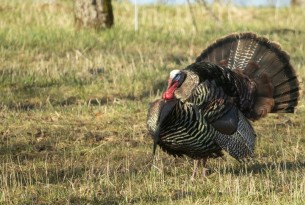 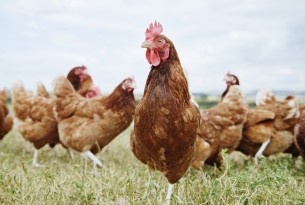