Factory farms are the largest source of animal suffering on the planet, but they’re also incredibly dangerous for humans.

Now more than ever, we need to rethink the way we interact with animals. By reducing our meat consumption, World Animal Protection expects factory farming to be phased out, which in turn will result in protecting our health, safety, and that of our neighbors.

Undercover investigations throughout the past decades have revealed unimaginable suffering inside factory farms and slaughterhouses. From pigs having their tails cut off to chickens debeaked and cows dehorned without anesthetic, the suffering animals endure in these sheds is unbearable.

While cruelty to animals runs rampant in factory farms to satisfy our insatiable appetite for meat, the methods used to process these animals comes at a cost to our own lives.

According to The Lancet—one of the most respected medical journals in the world—health-related costs of directly related to consuming red and processed meat will reach $285 billion in 2020 due to the negative effects it has on one’s health.

That’s not all: because animals on factory farms are so tightly confined and live in filthy conditions, the tight quarters become a breeding ground for disease. With no access to outdoor space and natural light, farmed animals are confined in cages so small they can barely turn around or lie down with their limbs fully extended. If no cages are used, factory farms often fill the sheds with animals leading to similar space restraints to perform natural behaviors. These practices, which are standard in the industry, often cause immense stress on animals leading to violence towards cage mates, offspring, or other animals in close proximity. Abnormal behavior such as biting bars out of boredom could result in injuries to the animals themselves.

Farmed animals are then fed a low dose of antibiotics each day to help combat illnesses they can—and often do—contract inside the farms. More than 70 percent of all medically necessary antibiotics in the country are also sold for use in animals which leads to antibiotic-resistant bacteria, also known as superbugs. These superbugs can get passed to humans. According to the CDC, more than 2.8 million antibiotic-resistant infections occur and 35,000 people die as a result in the US each year.

In 2019, World Animal Protection released a report documenting the US superbugs crisis in pork. Our pork testing revealed that bacteria present in the supermarket samples were most commonly resistant to Lincosamides, Streptogramin, and/or Tetracycline. It also found Salmonella, Listeria, and three E. coli isolates were antibiotic-resistant.

Meat workers in the US are three times more likely to suffer a serious injury than the average American worker, according to data obtained by the Guardian and the Bureau of Investigative Journalism. That number jumps to nearly seven times for repetitive strain injuries for beef and pork workers.

Animal slaughter in meat processing plants is one of the most hazardous industries in the US. Shockingly, amputations of workers’ limbs average around two per week in the industry. Tyson, America’s largest meat producer, averages one amputation per month.

Due to increased speeds of slaughter lines, workers inside processing plants are often refused breaks and routinely wait an hour or more for requested bathroom breaks. While some workers reported coworkers urinating on the processing line, others have resorted to wearing diapers or refusing to drink water, becoming severely dehydrated. Not only are workers exposed to antibiotic-resistant bacteria, but they’re often unprotected from other viruses.

During the COVID-19 pandemic, workers are getting sick due to a lack of protective equipment as President Trump ordered meat processing plants to remain open. As slaughterhouse line speeds have been increased under the shield of the pandemic, workers are forced to stand in close proximity to coworkers, amplifying their risk of contracting COVID and spreading it to their loved ones. A Smithfield plant in South Dakota is being sued after becoming a COVID-19 hotspot, with nearly 800 workers becoming sick and this Executive Order could further put more processing plants in the same situation.

With the average American unwilling to do these jobs, Big Ag targets vulnerable populations including immigrants, minorities, refugees, and prisoners.

An unknown percentage of undocumented immigrants work in factory farms and slaughterhouses in the United States. With more to lose, including deportation, undocumented workers are often afraid to speak up about the abuse they face in the animal agriculture sector.

A 2017 report compiled by the Workers’ Center of Central New York and the Worker Justice Center of New York found that nearly 93 percent of New York dairy farmworkers are undocumented immigrants easily exploited by the industry.

Like all agriculture workers in the state, these workers are excluded from the right to a day off or overtime compensation, with their pay hovering just above minimum wage. Similar to slaughterhouse workers, New York dairy farm employees are denied five-minute breaks.

However, one of the most egregious findings in the report included nearly 20 percent of employers have “made explicit reference to [workers’] ethnicity or citizenship status in a demeaning or intimidating manner.”

Workers fear being caught as undocumented, with that fear consistently reinforced by supervisors’ intimidating remarks about their citizenship status. In fact, some workers only leave the farms once every 11 days and usually only for required medical attention.

In North Carolina, the number of pigs outnumbers the human population. With 6,500 concentrated animal feeding operations (CAFOs)—better known as factory farms—the North Carolina Department of Environmental Quality produced maps of where these farms are located in the state, with the highest density of CAFOs existing in low-income communities of color. Nearly 160,000 residents in the state live near a chicken or pig factory farm.

Due to the sheer amount of pigs in the state, North Carolina’s pork industry produces almost 10 billion gallons of animal waste each year—enough to fill 15,000 Olympic-sized swimming pools, according to Civil Eats. This waste is stored in open-air lagoons and then sprayed into the air, with the smell and manure particles making it unbearable for residents to do simple things like open windows or sit outside on their porches.

According to Steven Wing, a former professor of epidemiology at the University of North Carolina’s Gillings School of Global Public Health:

In 2018, Smithfield, the world’s largest pork producer, was ordered to pay $473.5 million to North Carolina residents for “unreasonable nuisances” such as odors, flies, and rumbling trucks at three of its pig factory farms.

Now more than ever, we need to rethink the way we interact with animals. By reducing our meat consumption, World Animal Protection expects factory farming to be phased out, which in turn will result in protecting our health, safety, and that of our neighbors.

By shifting to more sustainable and kinder practices, we have the potential to put an end to many of the cruel practices farmed animals face today, such as extreme confinement, the overuse of antibiotics, and brutal mutilations. 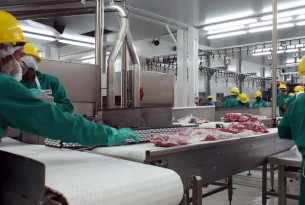 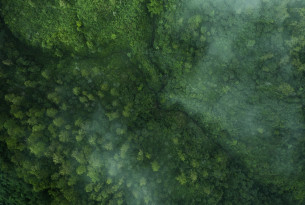