Wild animals are meant to live in the wild, not in our homes.

The global wildlife trade is responsible for the decline and extinction of many wild animal species and dangerous impacts on human health.

Wild animals sold in your local pet store—like turtles, snakes, spiders, fish, and parakeets—are infamously popular gifts for those looking to add a new pet to the family. Learn why you should never give wild animals as gifts and how World Animal Protection is working to stop the sale of these wild animals.

1. Wild animals that are captured and bred for pet stores experience immense suffering.

These wild animals typically come from two places: they are imported by companies to the US, or they are bred for retail sale in wild animal mills, also known as commercial breeding facilities.

Appropriate veterinary care for these wild animals is exceedingly rare, and their housing conditions are unsanitary and overcrowded. Wild animals in these conditions often fight for food and water and are injured or killed in the process. In bird mills specifically, eggs and newborn birds are sometimes taken from their parents to induce reproduction in the parents, which is not only cruel but often results in socialization issues in the newborn birds.

To make matters worse, there are currently no legal protections for many of these animals. The Animal Welfare Act—administered by the USDA—regulates, albeit inadequately, animals used in research facilities, entertainment, and some commercial breeding sites (like puppy mills). Yet, the Animal Welfare Act explicitly excludes reptiles and amphibians, and birds are currently not protected (though that may change in the future). For the animals who are covered under the Act, their protection is paltry and underenforced.

2. Wild animals are not suitable for human environments.

For wild animals, being kept in human homes is a form of captivity. Captivity has been shown to adversely affect animals’ brains. Captivity disallows animals to engage in behaviors both natural and beneficial to their mental and physical wellbeing. For example, birds kept as pets are often confined to small cages, unlike their wide and open wild habitats. These conditions naturally create high stress levels and frustration in pet birds, leading to unhealthy and obsessive behaviors like feather ripping and pacing. Additionally, many wild animals require specialized and often expensive care. Amphibians and reptiles require very specific conditions to survive, like artificial heat and light. This specialized care is often not aptly or consistently provided by the humans caring for them.

While wild animals suffer inside human homes that cannot adequately meet their physical and psychological needs, these animals can also contribute to the degradation of human infrastructure. Quaker parakeets, for instance, are a common pet bird both globally and in the US. While their ability to mimic human speech and sounds may be seen as endearing, possessing this species is prohibited in multiple states due to their impact on agriculture and infrastructure—like electrical lines—where they build nests. Their impressive social abilities only further support the argument that they belong in the wild, where they thrive best amongst other members of their own species.

3. Wild animals gifted as pets frequently end up abandoned, sent to either an already-full animal shelter, or sent back into the wild to another incompatible habitat.

Understandably, caring for wild animals—especially as they have not evolved to live with humans—is extensive and overwhelming. It is no surprise then that wild animals given as gifts are often pushed into animal shelters. These shelters struggle (with already limited resources) to find appropriate homes for these animals.

If not pushed into a shelter, many wild animals given as pets are relinquished to the outdoors in unfamiliar habitats not designed to support them. These animals can die quickly, whether they are killed by predators, weather conditions, or starvation. The wild animals that do survive often breed and multiply, which alters the ecosystem, threatens the survival of the native species who have appropriately adapted to living there, and introduces diseases and unnatural competition for food and resources.

4. By purchasing a wild animal, you contribute to the harmful global wildlife trade.

The global wildlife trade is responsible for the decline and extinction of many wild animal species and for dangerous impacts on human health. The wildlife trade speeds up the decline and extinction of various plant and animal species and portrays wild animals as easily accessible and desirable as pets. It also poses a serious public health risk. When wild animals are captured from the wild, they are bred in low-welfare conditions that support the growth of diseases that can spread easily to the humans handling these animals. Reptiles, amphibians, and other small mammals are a common source of Salmonella infection in humans and can cause severe illness or death.

Instead of gifting wild animals, consider adopting a domesticated animal like a cat or dog who can live a happy and healthy life alongside humans.

You can learn more by downloading our Retail Pet Sale Ban Toolkit, which goes into more detail about why wild animals should not be kept as pets and how to advocate for wild animals by moving legislators in your community to ban the retail sale of these intelligent creatures. 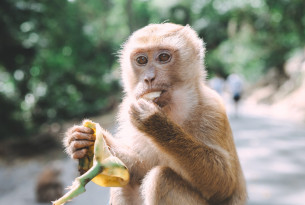 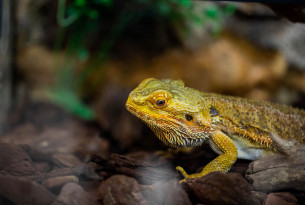