Brush up on your Spanish and Portuguese and plan a trip down south for incredible, animal-friendly wildlife watching

Unfortunately, because people love animals and want to take pictures with them, wild animals are taken from their habitat and put into cruel living conditions, usually without the tourists' knowledge.

This past Monday was World Tourism Day, a day to foster awareness of the importance of tourism and its social, cultural, political, and economic value. Because we’re an animal welfare organization, what better way to signify this day than by highlighting wildlife tourism? Considering wildlife tourism makes up 20-40% of the global tourism industry, it’s safe to say that when you’re talking about tourism, there’s a good chance you’re talking about animals too. In honor of October being Hispanic Heritage Month, we’ve come up with a list of best places to see wildlife in Latin America.

But before we dive into the list, we want you to first be aware of the current reality behind wildlife tourism and what you can do to protect animals. Unfortunately, because people love animals and want to take pictures with them, wild animals are taken from their habitat and put into cruel living conditions, usually without the tourists' knowledge. Our research found that over 40% of photos taken with animals were “bad” wildlife selfies – someone hugging, holding, or inappropriately interacting with a wild animal. To help protect wildlife, sign our wildlife selfie code and pledge to never take a photo hugging or holding an animal.

Now that you know how to be a better traveler for animals, get your travel bucket list ready and check the best places to see wildlife in Latin America below! 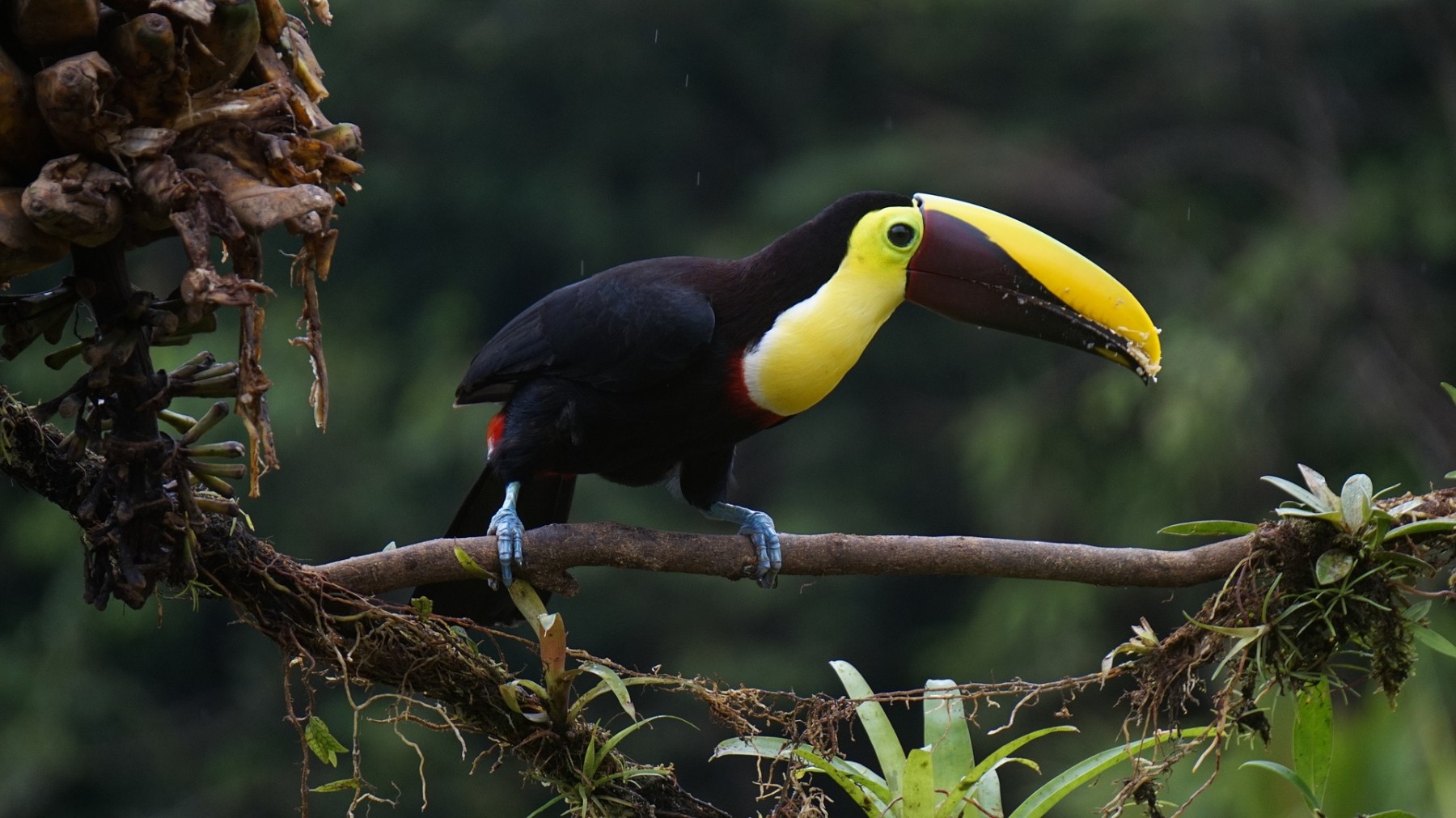 Did you know that Costa Rica is a biodiversity hotspot? The country accounts for only 0.3% of the earth’s surface but contains 6% of the world’s biodiversity. In other words, there are a lot of animals to see. A great place to start your adventure is Manuel Antonio National Park. Out of the 109 species of mammals and 184 species of birds, here you can observe a variety of monkeys, toucans, dolphins, butterflies, and more. 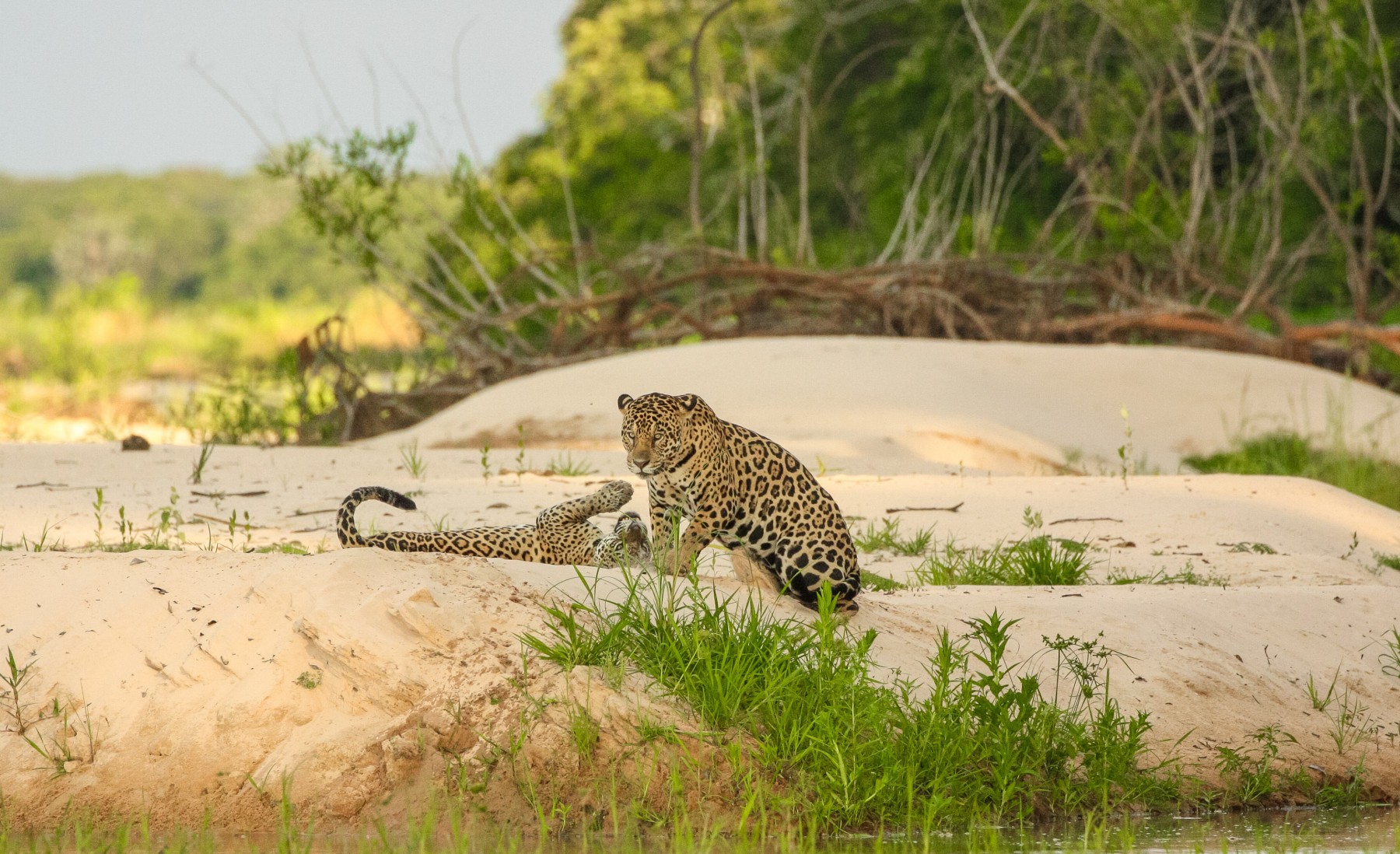 Photo by David Waite on Unsplash

The largest wetland in the world, the Pantanal stretches across Brazil, Bolivia, and Paraguay. Ten times the size of the Florida Everglades, the Pantanal has the highest concentration of jaguars in the world and is home to the largest parrot species, the Hyacinth macaw. Other animals to watch for are Giant Anteater, Yacare Caiman, and the South American Tapir.

Since 2020, devastating wildfires have damaged the Pantanal and threatened wild animals. 22% of the region has burned because of climate change and the fires currently raging are the result of expanding soy production for livestock feed." 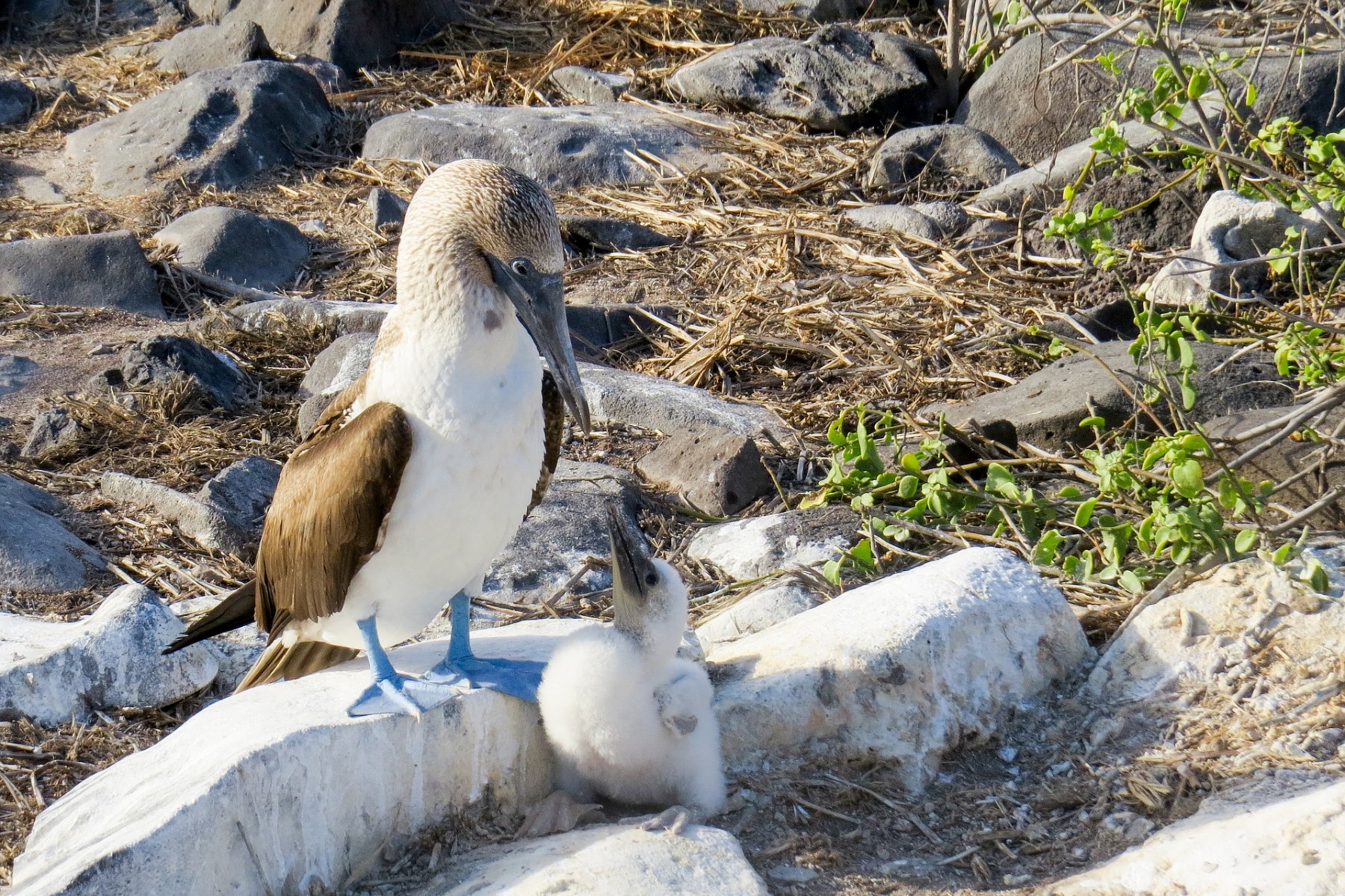 Image by pen_ash from Pixabay

Famous for where Charles Darwin developed his theory of evolution in 1835, the Galapagos Islands is a volcanic archipelago in the Pacific Ocean and a province of Ecuador. Here you can find wildlife located nowhere else in the world such as the blue-footed boobies, marine iguanas, and giant tortoises (that have been recorded to live more than 100 years). There are also no natural predators on the islands, so animals aren’t afraid of humans. When visiting, regulations require you to stay a minimum of six feet away from wildlife. 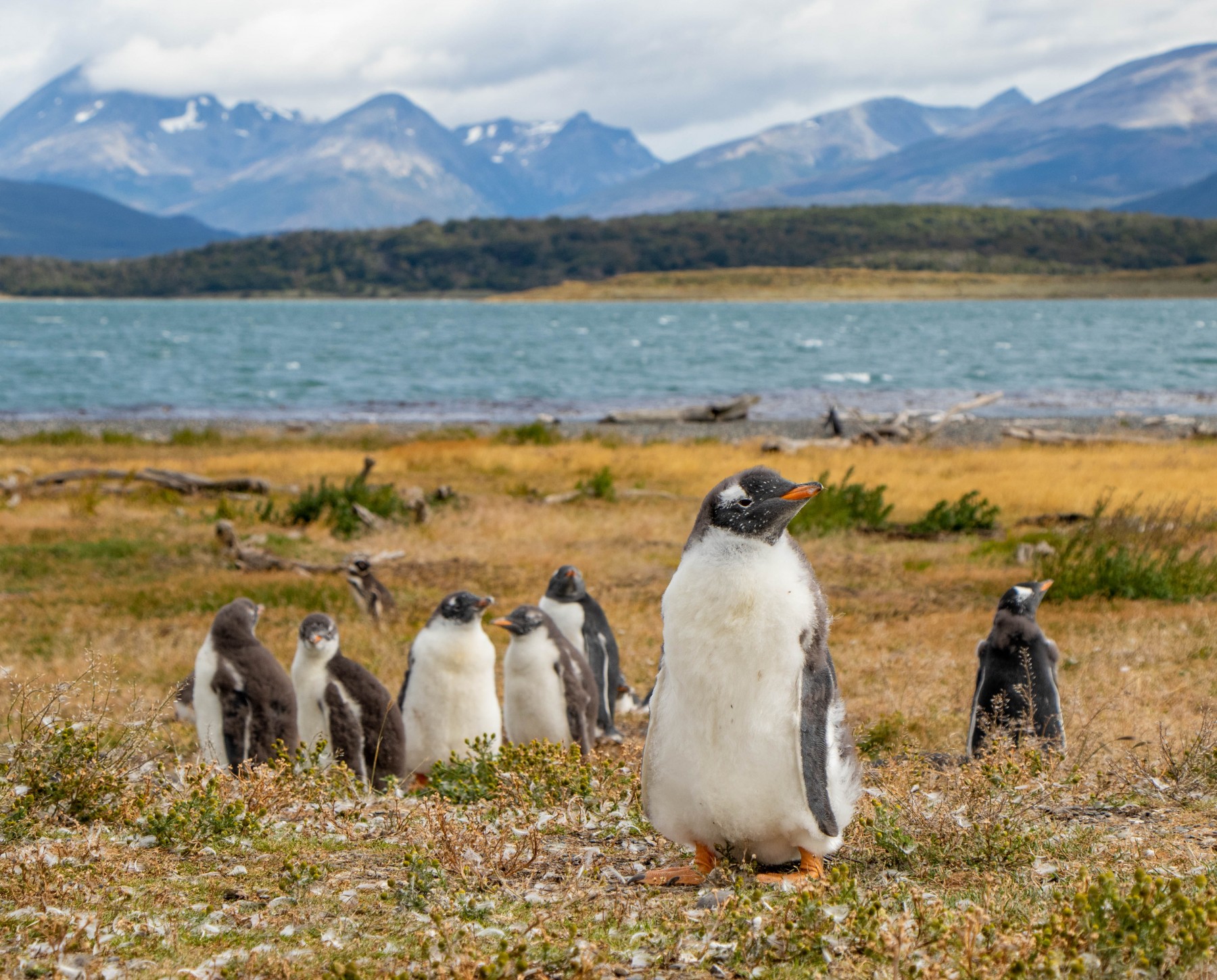 Photo by Agus Buscaglia on Unsplash

If you’re looking for jaw-dropping scenery and wildlife, take a trip to Patagonia. A geographical region that encompasses the southern end of South America, Patagonia is shared by Chile and Argentina. Here you can find glaciers, deserts, and the Andes mountains. Home to five penguin species, there are nearly as many penguins as humans (1.7 million compared to 2 million). Other wildlife includes orcas, elephant seals, armadillos, and pumas. 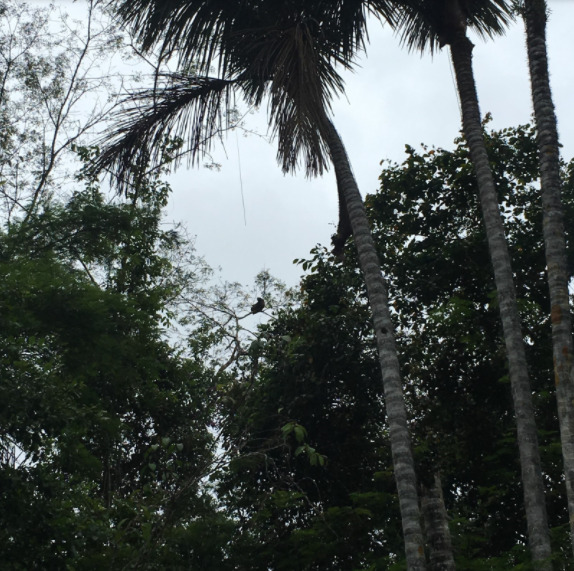 Photo by Nicole Barrantes of a sloth in Iquitos, Peru.

The Amazon Rainforest is home to 10% of the known species in the world and spans across Brazil, Ecuador, Peru, Bolivia, Venezuela, Colombia, Guyana, Suriname, and French Guinea. Known as the “lungs of the Earth,” the rainforest supplies 20% of the world’s oxygen.

I’ve personally gone to the Amazon Rainforest in Peru, and I highly recommend visiting. On my trip, I saw monkeys, iguanas, toucans, a pink dolphin, and a jaguar (but only their tracks!)

Did you sign our wildlife selfie code above? If not, sign here and remember to never take a photo hugging or holding an animal. Help end the cruel industry that takes animals from the wild and forces them to live in poor, unsanitary conditions. Only take photos if you’re a safe distance from an animal, they can move freely, and they’re in their natural home. 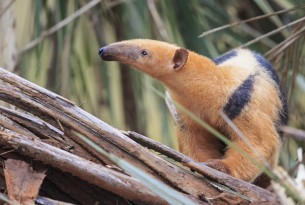 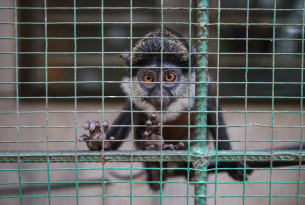